Come hang out with me at California Math Council’s North and South conferences in November and December.

CMC-South. Palm Springs, CA. November 15-16. I’m going to describe how “rich tasks” and “bland tasks” both fail our students. And I’m going to do it with 15 students on a stage in a live lesson demonstration. Let’s gooo! [register]

CMC-North. Pacific Grove, CA. December 6-8. I’ll share some of the ways my colleagues and I at Desmos are designing for belonging in math class, specifically how we try to expand the list of who counts as a mathematician and what counts as mathematics. [register]

“If something cannot go on forever, it will stop.”

Economist Herb Stein’s quote ran through my head while I read The Hustle’s excellent analysis of the graphing calculator market. This cannot go on forever.

Every new school year, Twitter lights up with caregivers who can’t believe they have to buy their students a calculator that’s wildly underpowered and wildly overpriced relative to other consumer electronics.

The Hustle describes Texas Instruments as having “a near-monopoly on graphing calculators for nearly three decades.” That means that some of the students who purchased TI calculators as college students are now purchasing calculators for their own kids that look, feel, act and (crucially) cost largely the same. Imagine they were purchasing their kid’s first car and the available cars all looked, felt, acted, and cost largely the same as their first car. This cannot go on forever.

As the chief academic officer at Desmos, a competitor of Texas Instruments calculators, I was already familiar with many of The Hustle’s findings. Even still, they illuminated two surprising elements of the Texas Instruments business model.

One analyst placed the cost to produce a TI-84 Plus at around $15-20, meaning TI sells it for a profit margin of nearly 50% — far above the electronics industry’s average margin of 6.7%.

According to Open Secrets and ProPublica data, Texas Instruments paid lobbyists to hound the Department of Education every year from 2005 to 2009 — right around the time when mobile technology and apps were becoming more of a threat.

Obviously the profits and lobbying are interdependent. Rent-seeking occurs when companies invest profits not into product development but into manipulating regulatory environments to protect market share.

I’m not mad for the sake of Desmos here. What Texas Instruments is doing isn’t sustainable. Consumer tech is getting so good and cheap and our free alternative is getting used so widely that regulations and consumer demand are changing quickly.

Another source told The Hustle that graphing calculator sales have seen a 15% YoY decline in recent years — a trend that free alternatives like Desmos may be at least partially responsible for.

You’ll find our calculators embedded in over half of state-level end-of-course exams in the United States, along with the International Baccalaureate MYP exam, the digital SAT and the digital ACT.

I am mad for the sake of kids and families like this, though.

“It basically sucks,” says Marcus Grant, an 11th grader currently taking a pre-calculus course. “It was really expensive for my family. There are cheaper alternatives available, but my teacher makes [the TI calculator] mandatory and there’s no other option.”

Teachers: it was one thing to require plastic graphing calculators calculators when better and cheaper alternatives weren’t available. But it should offend your conscience to see a private company suck 50% profit margins out of the pockets of struggling families for a product that is, by objective measurements, inferior to and more expensive than its competitors.

BTW. This is a Twitter-thread-turned-blog-post. If you want to know how teachers justified recommending plastic graphing calculators, you can read my mentions.

Here are a couple of terrifying tweets from my summer.

Twitterverse, I need your help! I am going to be teaching math next year for the first time. 7th grade! I’ve previously taught ELA & SS. Any teachers/gurus I should follow? Advice/tips for me? Resources you recommend? I know @Desmos is a good resource! #iteachmath #WEAreLakota

I saw those tweets and had to sit back and collect myself.

This isn’t a critique of those two newly drafted math teachers at all. Most of my horror here results from the thought of being drafted to teach history after a career teaching math. So what can they do?

So my own advice is for these teachers trained in the humanities to focus on their teaching, not the resources or curricula.

Math is only objective, inarguable, and abstract for questions defined so narrowly they’re almost useless to students, teachers, and the world itself.

In social studies, an analogous question might ask students to recall the date of the Louisiana Purchase or the name of the king who signed the Magna Carta – questions that are so abstracted from their context, so narrowly defined, and so objective that they make no contribution to a student’s ability to think historically.

The National Council for the Social Studies describes what’s necessary for students of social studies:

Students learn to assess the merits of competing arguments, and make reasoned decisions that include consideration of the values within alternative policy recommendations. [..] Through discussions, debates, the use of authentic documents, simulations, research, and other occasions for critical thinking and decision making, students learn to apply value-based reasoning when addressing problems and issues.

All of which rhymes perfectly with recommendations from the National Council of Teachers of Mathematics:

Teaching mathematics with high expectations for all students in mathematical reasoning, sense making, and problem solving invites students to learn to identify assumptions, develop arguments, and make connections within mathematical topics and to other contexts and disciplines.

Instead of the worksheet above, show your students this video of a pallet of bricks and then immediately hide it. 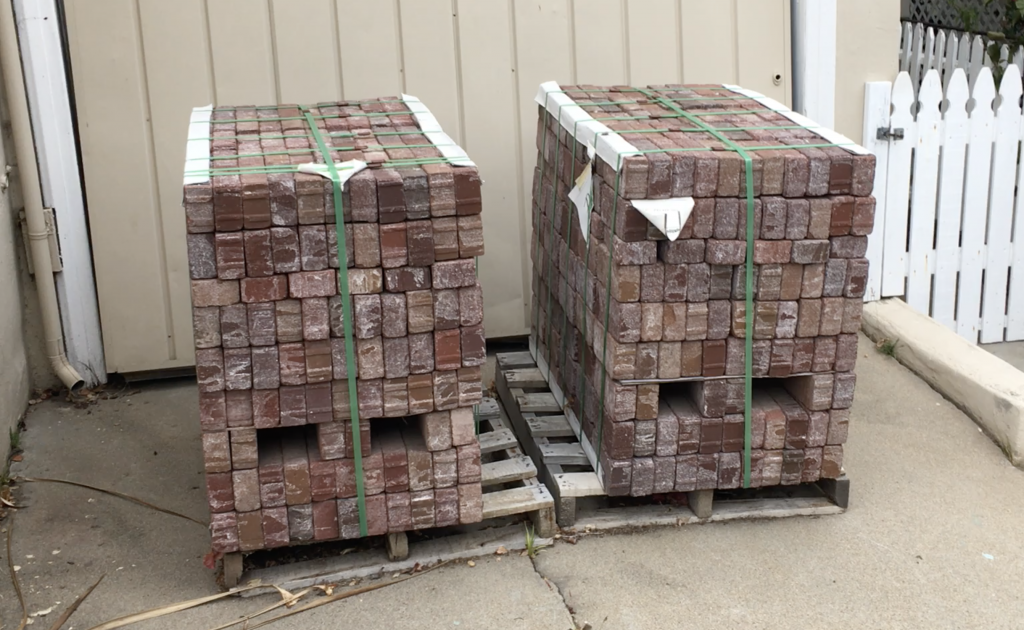 “Does anybody have a guess about how many bricks we saw up there?”

“Did anybody notice any features about the bricks that might help us figure out exactly how many bricks we saw there?”

“Let’s look at the video again. Okay, what’s the most efficient way you can think to figure out the number of bricks.”

“How were you thinking about the number of bricks you figured out? What assumptions did you make?”

“Someone else got a different answer from you. How do you think they thinking about the number of bricks?”

“Here’s the number of bricks. What’s another question we could ask now?”

These questions rhyme with the kinds of questions you’d hear in a productive, engaging humanities classroom, questions which are no less possible in mathematics!

Humanizing math class means teaching like the humanities. And if you’re joining us from the humanities, please be generous with your pedagogy. We need all of it.

BTW: This is my contribution to the Virtual Conference on Humanizing Mathematics, a fantastic learning opportunity hosted by Hema Khodai and Sam Shah through the month of August 2019.

Most recently, they let me think about time with some second graders – the youngest kids I’ve ever taught and probably ever met, I can’t be sure – and especially how to tell time on an analog clock.

My tools for curriculum and instruction were forged by students who communicated to me that “none of this matters” and “I can’t do it even if it did.” Those tools seemed less necessary here. Instead, I needed tools for harnessing their energy and I learned lots of them from my friends at Beach Elementary – popsicle sticks for group formation, procedures for dismissing students gradually instead of simultaneously, silent signals for agreement instead of loud ones, etc. 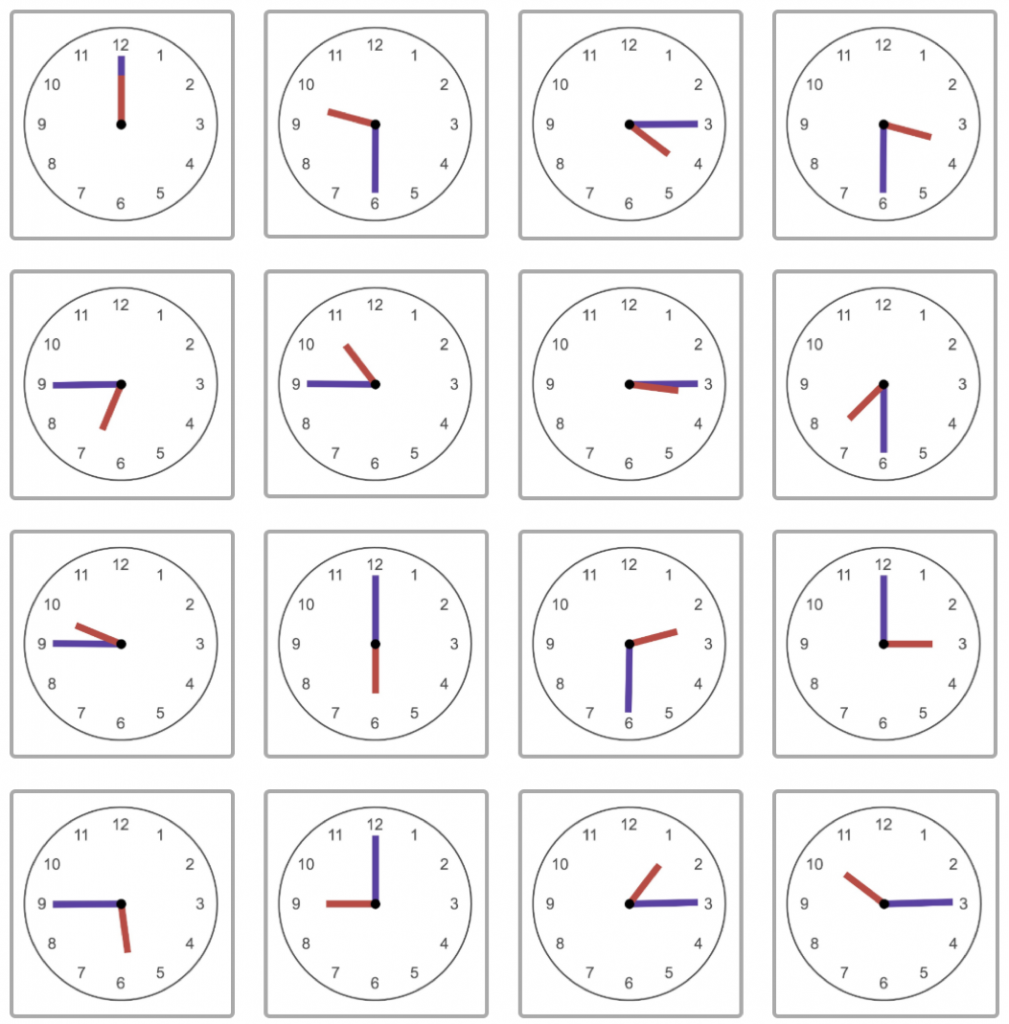 I have wanted not to be an identity worker, to just be a math worker, because the stakes of identity work are so high. (Far better to step on a child’s foot than to step on their sense of their own value.) We wield that power so poorly, communicating to students with certain identities at astonishingly early ages – especially our students who identify as Latinx, Black, and Indigenous – that we didn’t construct school and math class for their success.