Given the wide open nature of the contest’s focus on topic, slide sets that immediately won you over at first glance set the bar for all other submissions. Paul William’s opening slide — “I wasn’t born perfect” — showcased 2 vital elements for the judges:

As a judge, I was pulled into Paul’s story from the get-go, loving his irony and design aesthetic. Simultaneously, we were pleased to see the ‘story’ Paul hinted at unfolding slide-by-slide while being playful about the slide layouts at each turn. When themes are maintained while offering slight variations in techniques, the audiences’ interest remains piqued and confirmed: a great combination.

After much discussion, the only constructive critique the judges would offer to Paul would be that the content only hinted at his real story (and risked being too anonymous for an admissions team to take seriously) and that the color scheme of the last slide did not match the previous 3. We would suggest that each slide’s content could be sharpened in terms of a tangible detail and that ‘red’ could show up in the final slide, while ‘green’ could play a subtle role in slides 1-3. Beyond that, this was a first-class example of intentional design with an eye on pulling the audience forward into the story.

The judges invite Paul to deliver an acceptance speech here, perhaps correcting our speculation and explaining his design. Congratulations are in order either way.

Just so you know how to schedule your free time, bathroom visits, family time, etc., today:

The judges will now spend the better part of a day deliberating within a smoke-filled room. We’ll get back to you Monday morning (Pacific Standard Time, again) but until then, feel free to issue your own top three or perhaps your own analysis of the ambitions and successes of the candidates.

The work is good. Enjoy the work. The three of us certainly have.

END_OF_DOCUMENT_TOKEN_TO_BE_REPLACED

Gotta say, I’m impressed with both the turnout and the quality of submissions so far. If I had a free week here at the end of summer, I’d definitely spend it deconstructing the choices some entrants made in cracking this particularly tough design nut. 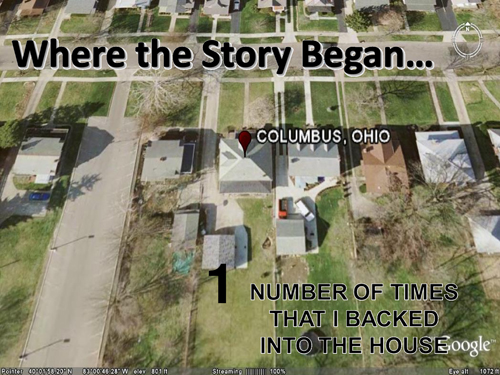 No snarky commentary on this one. Just two days to submit a four-slide set to the Four Slide Sales Pitch contest. Here’s your competition, a fierce but open field: