w/r/t my assertion that many students want to know right away if you like them or hate them, that they want to know so fast they’re willing to provoke a response:

I got one the first day. A kid came in clowning hard, looking to assert real fast what he was about, looking to find out what I was about. He was obviously in the business of rattling teachers.

This trained obliviousness doubles as a legitimate instructional strategy. Running through some whiteboard exercises with my students, students tossed answers out impulsively – looking to keep the effort-gratification cycle spinning quickly. Their answers were often correct, but I felt them reading me, gauging my eyes and mouth for some indication they had scored.

If I hesitated even a moment, they’d reverse themselves or default to their next, on-deck guess. At that point I’d issue a look, one which I’ll issue maybe a hundred million billion times over the course of this school year. It reads like this: 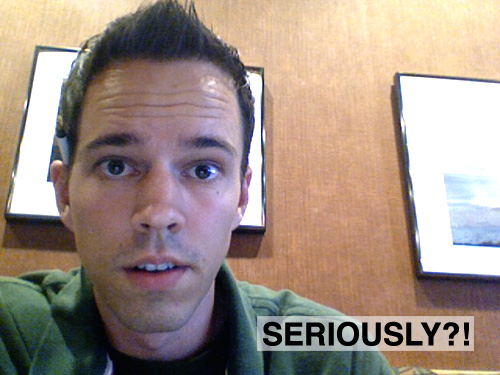 At that point their second-guessing begins in earnest. Problems are re-worked and arguments erupt only to find when the dust settles and the rubble clears that their first answers were correct.

At the end of this first fortnight, I’m realizing how well this affectation works with students, how at the end of the school year they’ll take five or six more seconds on a problem –Â an eternity by the standards of a 14-yo – reworking even the easy ones, and then when I issue that look, they’ll tell me to cram it, insisting on their first answer because they earned it.

I’m also realizing with this new group of students exactly how tight last year’s class and I became, and something else which is nice to realize and never a guarantee: that the time we spent together wasn’t meaningless. 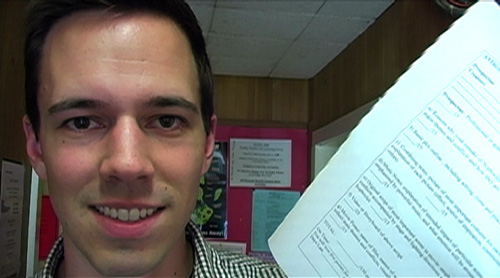 Yet another perspective on this elephant I call classroom management. Yet another angle on teaching through the tilt-shift lens of television. This time we have a show which deals with, um, police officers in, um, Baltimore, the title of which I don’t want to spoil. So.

BTW: I’m on a beach called Playa Grande right now, good and married, so I invited Chris Craft, whose experience as a police officer is far from irrelevant here, aboard to handle commentary. Show him a good time.

Lots more where that came from in the most recent episode preview.