Math Has Prepared Me Poorly for This Pandemic

Here are two representations of the horror of this pandemic.

First, a graph of coronavirus deaths in Italy.

Second, the obituary page of a newspaper in the Italian city of Bergamo, first from February 9 and later from March 13.

Both of these are only representations of this pandemic. They point at its horror, but they aren’t the horror itself. They reveal and conceal different aspects of the horror.

For example, I can take the second derivative of the graph of deaths and notice that while the deaths are increasing every day, the rate of increase is decreasing. The situation is getting worse, but the getting worse-ness is slowing down.

I cannot take the second derivative of an obituary page.

Meanwhile, the obituaries put in the foreground the people, their suffering, and their bereaved.

Math has prepared me poorly for this pandemic—or at least a particular kind of math, the kind that sees mass death as an opportunity to work with graphs and derivatives.

For students, it has never been more necessary to move flexibly and quickly between concrete and abstract representations—to acquire the power of the graph without becoming anesthetized to the horror that’s represented much more poignantly by the obituaries.

For teachers, there has never been a more important time to look at points, graphs, tables, equations, and numbers, and to ask students, “What does this mean?” and particularly now, “Who is this?”

We’re Only Getting Out of This Together

Desmos closed its San Francisco office on March 9, about a week before the surrounding county issued a “shelter-in-place” warning. When it became clear that our local school systems were going to close, we assembled a small team of people from across our company to figure out how we could support educators during a period of school closure that has no precedent in our lifetimes.

I ran webinars for teachers on Saturday and Sunday. (Check out the recording.) Approximately 600 people showed up and all of us were clearly looking for more than tips, tricks, or resources for distance teaching.

I told the attendees I figured that, because they were attending a webinar on the weekend, they were probably teachers who held their teaching to a very high standard. But now isn’t the time for high standards for teaching, I said. I referred to Rebecca Barrett-Fox’s fantastic essay, “Please do a bad job of putting your courses online.”

… your class is not the highest priority of their or your life right now. Release yourself from high expectations right now, because that’s the best way to help your students learn.

I also mentioned Barrett-Fox’s admonition not to pick up new tools right now:

Also: If you are getting sucked into the pedagogy of online learning or just now discovering that there are some pretty awesome tools out there to support student online, stop. Stop now. Ask yourself: Do I really care about this?

You and I are likely receiving the same emails from ed-tech companies, ones that cloak in generosity their excitement to expand their user base, offering services for free they’ll charge for later. In our webinar I explicitly released the group from any expectation that they would learn Desmos as a beginner right now. Now is likely not the time. (It’s probably also worth pointing out that we’ve committed to never charging later for anything we make free now.)

But I told the attendees I had two hopes for their teaching during this time. That they would:

In the week since that webinar, my team has had hundreds of conversations across every digital medium except maybe TikTok. We set up an email address and a hotline where teachers can ask for support, ask questions, or just vent omnidirectionally about how awful their situation is right now.

Our Facebook community is geared full-time towards supporting teachers in school closure. We are running webinars and drop-in office hours every day. We’re delivering new features and new activities specifically supporting distance teaching. We’re collecting all of these efforts at learn.desmos.com/coronavirus.

I’m convinced that when teachers and students find the other side of this, it won’t be because edtech companies offered junk for free, it’ll be through community, through solidarity across all of our usual divisions and now across divisions of time and space as well.

Like the Spencer Foundation’s Na’ilah Suad Nasir and Megan Bang said in an open letter this weekend:

It may be that social distancing isn’t quite the right frame for what we need right now. We certainly need physical distancing. But we also need to imagine and act from places of social closeness and care.

Teachers are our community and right now we intend to stay as close to them as possible.

But Artichokes Aren’t Pinecones: What Do You Do With Wrong Answers?

I have very small children which means my life is measured by little games and distractions stretched across the day. “What’s that called?” is one of those games. Point at a thing and ask for its name. Do that for another thing. Hey – it’s almost nap time!

So recently we pointed at an artichoke. “What’s that called?”

“Pinecone,” one of the kids says. 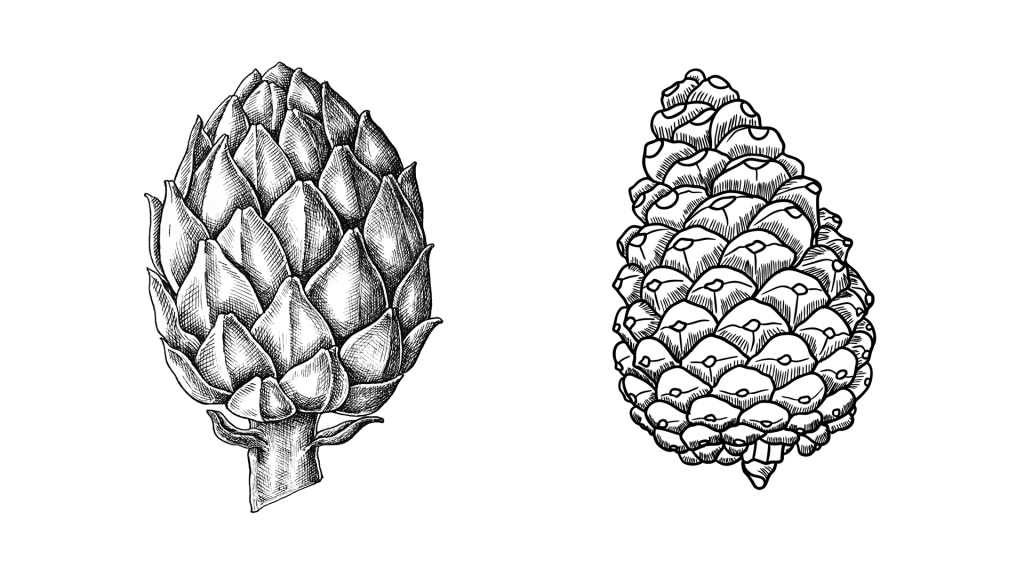 I find it easy to build connections from their answer to the correct answer. “But an artichoke is greener, larger, and softer. People often eat it and people don’t often eat pinecones.”

However, if I’m teaching a math lesson and a student answers a question about math incorrectly, my reflex is to become …

… evaluative … “What did I just hear? Is it right or wrong?”

… corrective … “How do I fix this answer and this student?”

I find it much harder to celebrate and build from a student’s incorrect answer in math class than I do an incorrect answer from my kids about artichokes. The net result is that my kids feel valued in ways that the students don’t and my kids have a more productive learning experience than the students.

I can give lots of reasons for my different responses but I’m not sure any of them are any good.

But I find that every aspect of my professional and personal life improves when I try to neutralize those excuses.

I am thinking about this idea from Rochelle Gutierrez more often:

All teaching is identity work, regardless of whether we think about it in that way. We are constantly contributing to the identities that students construct for themselves …

Several people mention that we have more time to enjoy our kids and their thinking than we do students in math class.

I have so much more curiosity when my kid says something incorrect. I find it so fascinating that she decided to say that 1 + 9 = 30. Why?!?

I get so much more 1:1 time with her than with students in my classroom. I feel that spaciousness in a deep way.

This is sort of alluded to in your already listed reasons, but maybe(?) another reason: You may feel as if you have more time to engage with the thinking of someone who [hopefully] will be in contact with you for the rest of your life. With students, time can feel [is?] shorter. 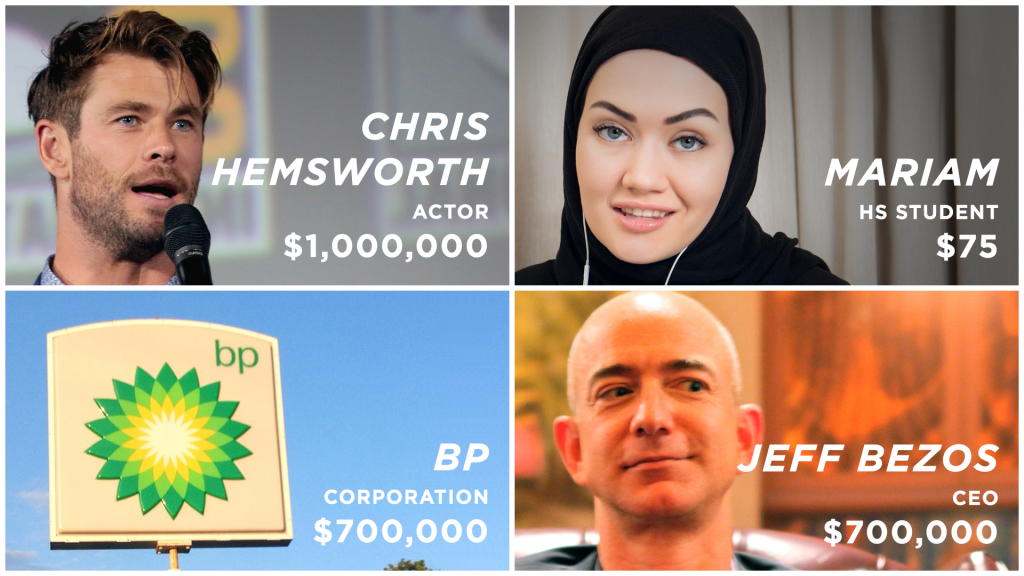 @math6falcon here’s a ratio activity for you!

BTW: Shout out to Christelle Rocha for her observation that individual generosity is no way to solve the climate crisis.

This blog has been quieter over the last few years for reasons that are predictable – family, Twitter, the death of blogs, etc. – but also because, for the only time in my career, I haven’t been able to write about my work.