Here are three items that crawled into my head some time during the last few months and didn’t find their way out yet. This post is brain surgery.

I have thought about this tweet from David Coffey at least once per week for the last five months.

I wish #MTBoS would do some Lesson Exploders – breaking down your process of making lessons.

The Song Exploder podcast interviews artists about the craft of songwriting. The artists describe their motivations for creating their songs, what they were trying to accomplish, and how they tried to accomplish it, all while the Song Exploder team teases out key elements of the song for illustration. I feel smarter about the craft of songwriting whenever I listen to it. Maybe not as smart as if I had spent a year at the Oberlin Conservatory of Music, but for how much smarter I’m feeling, it’s hard to argue with Song Exploder’s cost (free) and scale (internet-sized).

Now swap “teacher” for “artist” and “lesson” for “song.” I know what we can swap in for “Oberlin Conservatory of Music.” Classroom visits. Lesson studies. Problem solving cycles. Professional learning communities. Those are all very effective and also very expensive. I don’t know what to swap in for “Song Exploder,” though — an option that is less effective but basically free and scales with the internet.

What kind of digital media could we use to a) highlight something significant and useful about the craft of teaching b) as quickly as possible c) distributed as widely as possible d) in a form that’s replicable and episodic? (Song Exploder is up to 133 episodes right now.)

What inspiration can we take from other fields? Delish videos? NFL Red Zone / Mic’d Up? Mystery Science Theater 3000? Twitch streaming?

I can’t figure out the tolls on the New Jersey Turnpike.

My assumption is that the pricing would look pretty linear as a function of the miles traveled. Like this: 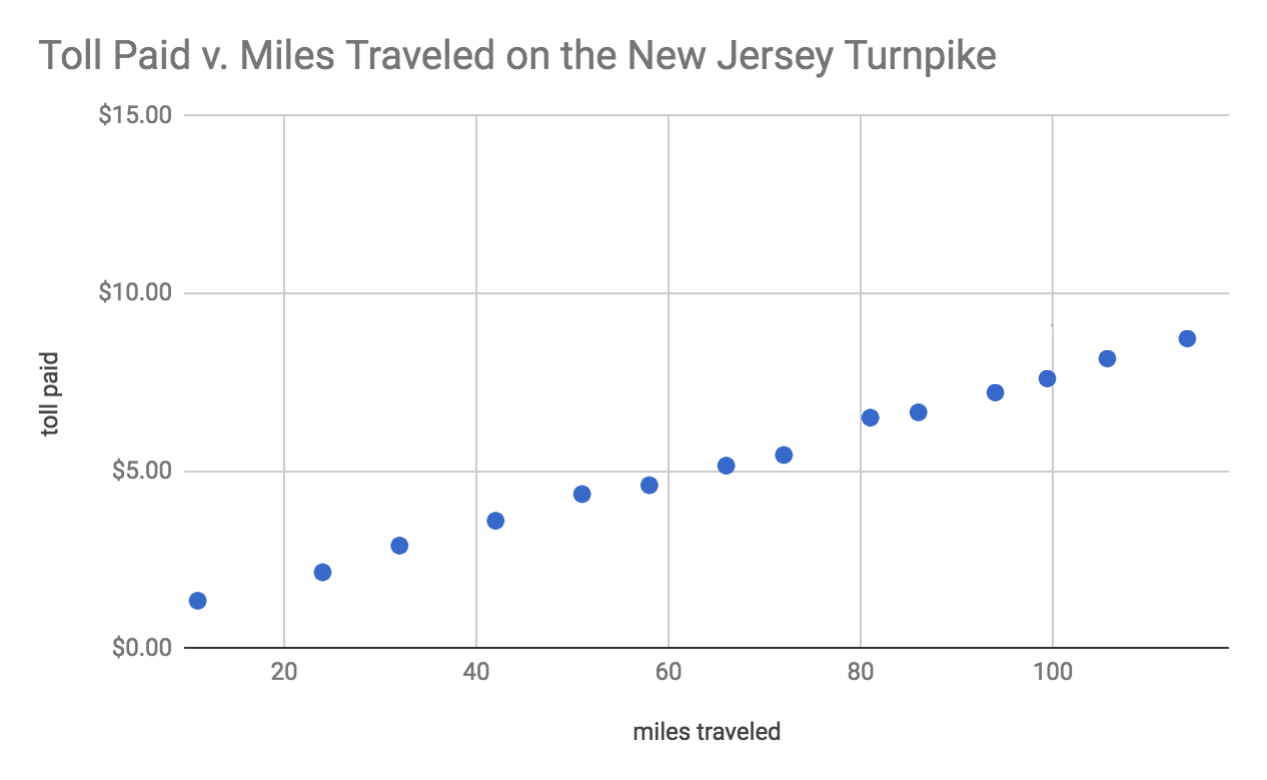 But it doesn’t. It looks like two linear functions with the second piece starting maybe at the Garden State Parkway. (Why?) And the Pennsylvania Turnpike exit is also way more expensive than a linear function would predict. (Why again?) 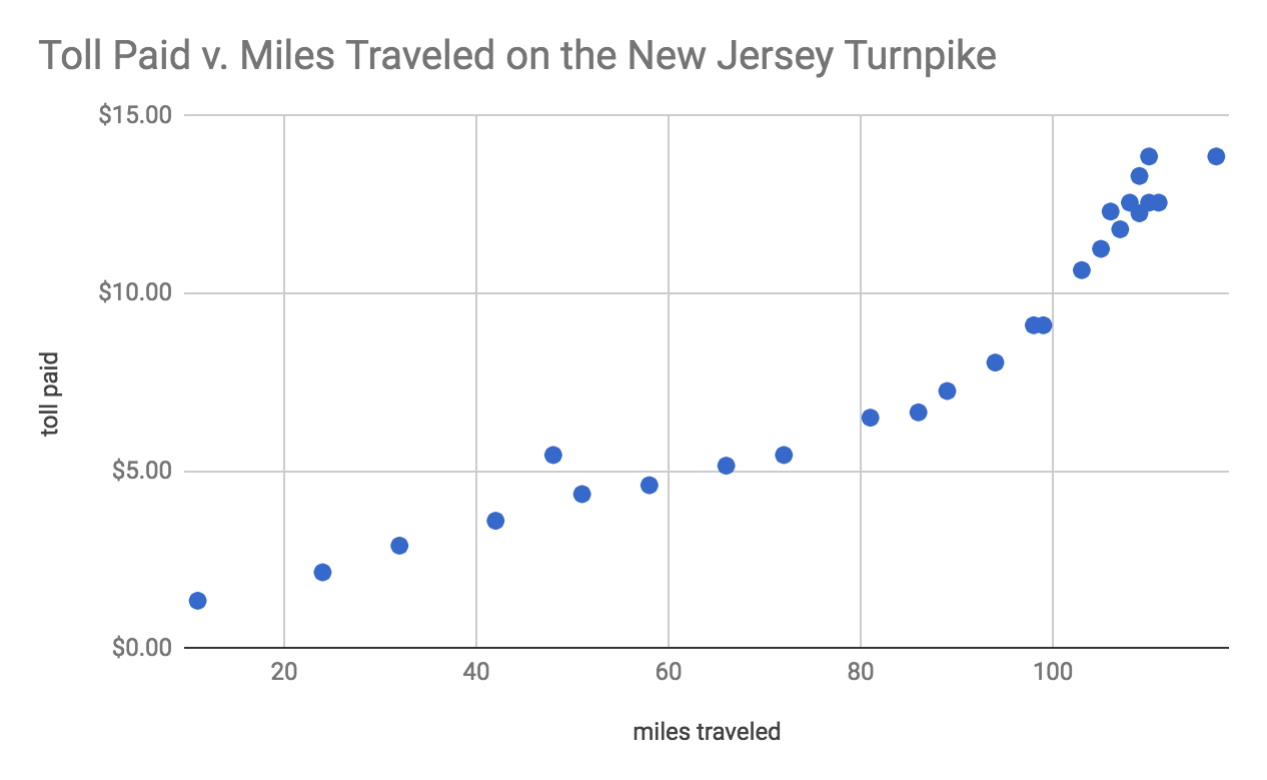 Here is the website that tells you the cost of different trips on the turnpike. Eric Berger, our CTO at Desmos, helped me type code into my browser’s Javascript console that returned all the data. Feel free to dig in. I’m looking for answers to my questions about pricing and I’m also interested in possible classroom applications of the data.

Cape Town has a water crisis and a website that until recently calculated a “Zero Day” for their water reserves, a day when faucets will run dry and people will collect a daily allotment of water from central locations throughout the city.

That’s either terrifying or mathematically interesting, depending on which part of my brain I subdue while I’m thinking about it. How do they calculate that zero day? How can we put students in a position to appreciate, replicate, and even adapt those calculations for their own contexts?

Where You’ll Find Me at #NCTMAnnual   Designing for Mathematical Surprise
Unless otherwise noted, everything you and I post here is licensed
for reuse under Creative Commons Attribution 4.0 International.