I Have Big Reservations About Chalkbeat’s Teaching Competition

At SXSW, Chalkbeat is hosting The Great American Teach Off:

Top Chef. Project Runway. The Voice. Live competition shows have introduced audiences to the worlds of cooking, fashion, and singing – and opened a window into the intricate craftsmanship that these industries demand. Now it’s time for one of America’s most under-recognized professions to get the same treatment. Hi, teachers!!

Two teams of math teachers will teach a lesson to a live audience and receive judgment from a panel of “teacher celebrities.”

I linked to that description on Twitter and people were unsparing in their criticism:

There is so much more to teaching than what is viewable in a short lesson presented to a group of individuals. Connections with students matter.

I fear this will perpetuate false ideas of what teaching entails. https://t.co/5QUB6yo80M

My mind is spinning with all the reasons why I think this is an awful idea. https://t.co/99X9owPAPk

Seems to me about as wise as a televised, competitive Parent Off. [Which is to say: Unwise.]

Goodness. This is describably horrific.

Singing and â€œchefâ€ing (different from cooking) are performative arts centered on the entertainer.

Teaching must always be about helping the students grow. Not about judging the entertainer aspects of the instructor.

Teaching is and should always be a collaborative endeavor. Competition is what causes rifts among staff, encourages teaching in silos, and prevents us from growing together.

I agree with the spirit of those criticisms, and David Coffey’s in particular:

Good teaching requires complicated decision-making based on a teacher’s long-range knowledge of a student and of mathematics. We should reach for any opportunity to make those decisions transparent to the public, who will always benefit from more education about good education. But a live event with an audience you don’t know and can’t interact with individually will necessarily flatten “teaching” down to its most presentational aspects, down to teachers dressing up in costumes, down to Robin Williams standing on desks in Dead Poets Society. 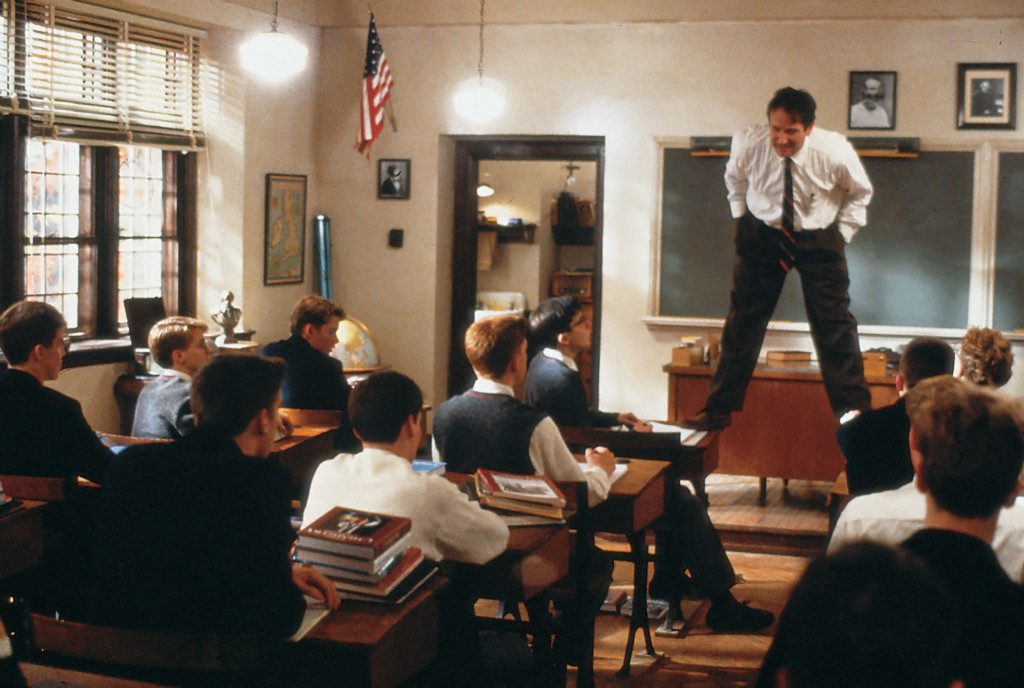 I asked teachers what kind of TV show would do justice to the complexity of teaching, if The Voice and Top Chef were the wrong models. Jamie Garner and James Cleveland both suggested The Real World, which seems dead on to me.

Rather than a game show, I envision that it would be more like The Real World: Math Class. This would allow for a development over time of understanding of the work of a classroom, not in one hour segments focused on competition. 1/2

The Real World a) isn’t a competition, b) allows for characters to develop over time, and crucially, c) isn’t a live event. It is edited. You don’t watch the cast members do anything mundane. In the case of teaching, we’d love for the public to understand that good teachers assess what students know and adjust their instruction in response. But no one wants to watch a class work quietly on a five-minute exit ticket in real time. So the show would edit quickly past students completing the assessment and straight to the teacher trying to make sense of a student’s thinking, involving the audience in that process.

The challenge I’d like to see the folks at Chalkbeat take up is how to make those invisible aspects of teaching —Â the work that takes place after the bell —Â visible to the public. The work of presenting is already teaching’s most visible aspect.

2018 Jan 1. Chalkbeat’s Editor-in-Chief, Elizabeth Green, clarifies her rationale for launching the competition and responds to some concerns raised here and on Twitter. She describes lesson study as the touchstone for her Teach Off and how she’s had to alter that format to fit SXSW.

It’s a really interesting article, full of references to the education scholars who have inspired her work for a decade. But I still tend to think she and the members of her design team have underestimated the magnitude of those compromises and how they’ll distort the approximation of good instruction her audience will encounter.

2018 Jan 8. In a revised contest page the organizers have eliminated the competition and clarified other aspects.

I’m weighing in late here, but in response to one of the above threads, we never intended to have the whole audience serve as the students. As we’ve clarified in our revised page, which has more specific language, we’ll have 7-10 adult audience volunteers serve as students. Imperfect as a representation, for sure, but we still think everyone will get something important out of the 20-minute instructional activity + the followup discussion — that “something important” being better understanding about the nature of teaching and math teaching in particular. And for the record, Dan, at the 1,000-person “Iron Chef”-style teach off in Japan that Akihiko described, the students were the teacher’s actual students, and they all sat onstage.

The Teaching Muscle I Want to Strengthen in 2018.   This Episode of “Arthur” Gets Basically Everything Right About Math
Unless otherwise noted, everything you and I post here is licensed
for reuse under Creative Commons Attribution 4.0 International.