The Difference Between Math and Modeling with Math in Five Seconds

What I know is that this video clearly illustrates the difference between math and modeling with math.

You can’t break math. Some people think they broke math but all they did was break ground on new disciplines in math where, for example, triangles can have more than 180Â° and parallel lines can meet.

Our mathematical models, by contrast, arrive broken. “All models are wrong,” said George Box, “but some are useful.” And we see that in this video. 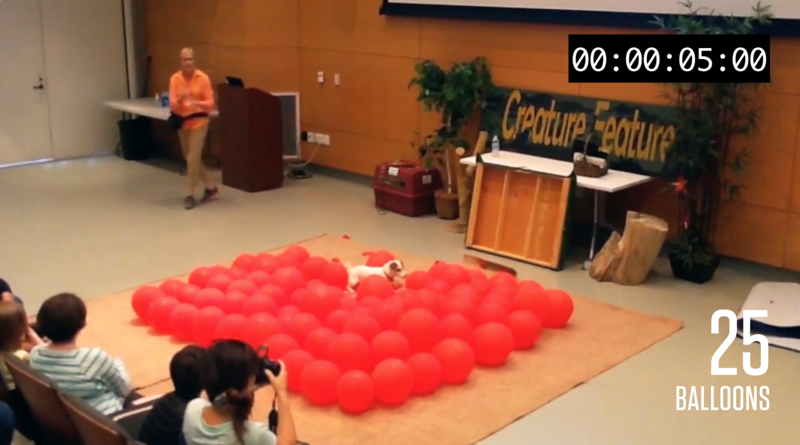 Twinkie pops 25 balloons in 5 seconds. How long will it take her to pop all 100 balloons? A purely mathematical answer is 20 seconds. That’s straightforward proportional reasoning.

But mathematical modeling is less than straightforward. It requires the re-interpretation of that answer through the world’s imperfections. The student who can quickly and confidently calculate 20 seconds may even be worse off here than the student who patiently thinks about how the supply of balloons is dwindling, adds time, and arrives at the actual answer of 37 seconds.

Feel free to show your classes that question video, discuss, and then show them the answer video. Or if your class has access to devices, you can assign this Desmos activity, where we’ll invite them to sketch what they think happens over time as well. 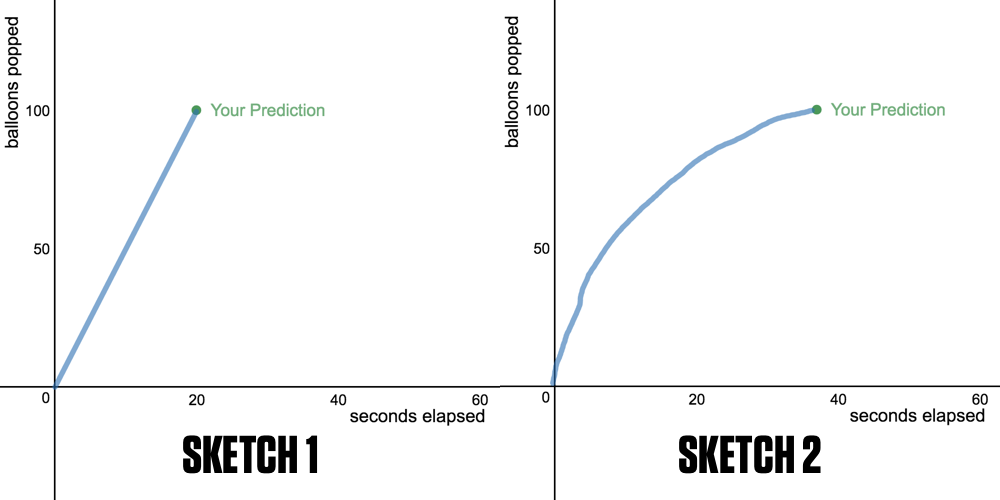 You might think you know how your students will sort into those two groups, but I hope you’ll be surprised.

That difference is the patience that modeling with math requires.

One more example is the story of St. Matthew Island, which dumps the expectations of pure mathematics on its head at least twice.

Do you have any to trade?

Problems with Personalized Learning   [Desmos Design] Why We’re Suspicious of Immediate Feedback
Unless otherwise noted, everything you and I post here is licensed
for reuse under Creative Commons Attribution 4.0 International.