Last year, I made the same bet all around the United States with every crowd of math teachers I met:

I’ll pick a number between 1 and 100. I’ll give you ten guesses to figure out my number. And every time you guess, I’ll tell you if my number is higher or lower.

I always wagered whatever cash I had in my pocket — generally between $2 to $20. The math teachers, meanwhile, owed me nothing if they lost. I had no trouble finding people to take the other side of that wager.

Watch one of the wagers below.

I pick my number.

Then, with a trace of sympathy in her voice, 82. The crowd thinks it’s over.

Aaaand the chase is back on, y’all!.

Tentatively now: 82.5. I’m still higher. One by one, members of the crowd are wise to my scam.

I asked her what I’d ask any crowd of sixth graders at this point:

If I offered you the same wager again, what follow-up questions would you have for me?

“What kind of number are you picking?” she said.

My point in all of this is that math teachers have names for their numbers, much in the same way that ornithologists have names for their birds. And much in the same way that ornithologists haven’t given me a reason to care about the difference between a Woodlark and a Skylark, math teachers often fail to motivate the difference between rational numbers and integers and whole numbers and imaginary numbers and supernatural numbers.

The difference is that ornithology isn’t a course that’s required for high school graduation and university enrollment and labor market participation. Kids aren’t forced to study ornithology for twelve years of their childhood.

So I’m inviting us to ask ourselves: “Why did we invent these categories of numbers?” And if we agree that it was to more effectively communicate about numbers, we need to put students in a place where their communication suffers without those categories. If we can’t, then we should confess those categories are vanity.

Before we give students the graphic organizers and Venn diagrams and foldables designed to help them learn those categories, let’s help them understand that they were invented for a reason. Not because we have to.

But because we should.

Did you ever lose?

I never once lost. I was never once asked to specify the kind of number I was picking. 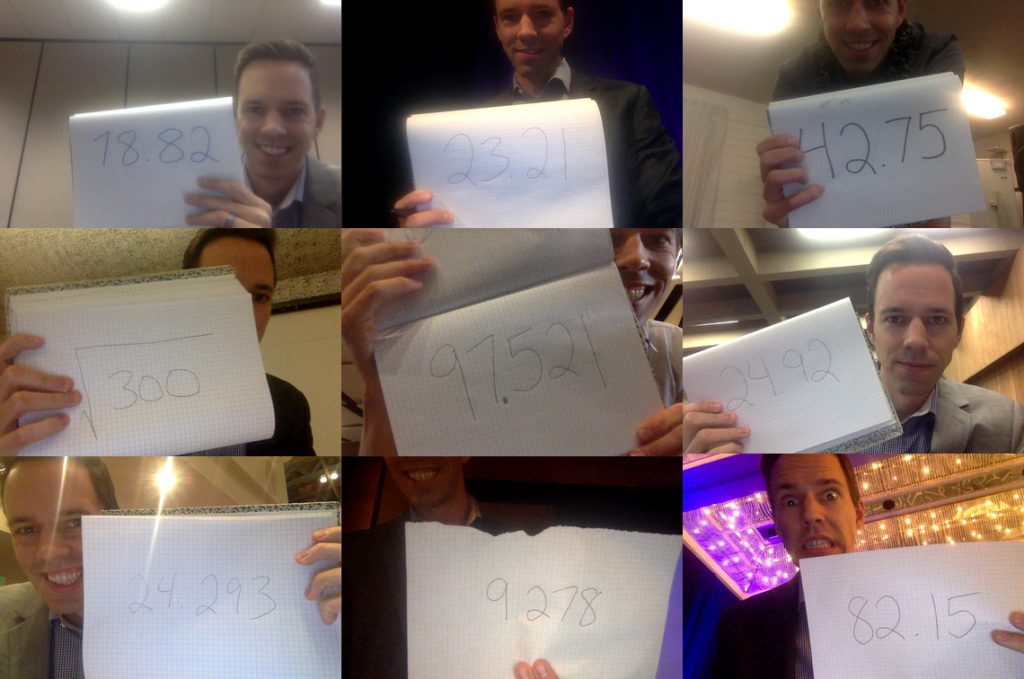