This Episode of “Arthur” Gets Basically Everything Right About Math

Depictions of mathematics in TV and film generally lack nuance. When Hollywood doesn’t hate math, it reveres it, genuflecting before the eccentric, generally white male weirdos taking up space in its highest echelon – your Will Huntings, your John Nashes, etc. — with little in between.

But Arthur nails the nuance in “Sue Ellen Adds It Up,” and reports three important truths about math in ten minutes.

We are all math people. (And art people!) 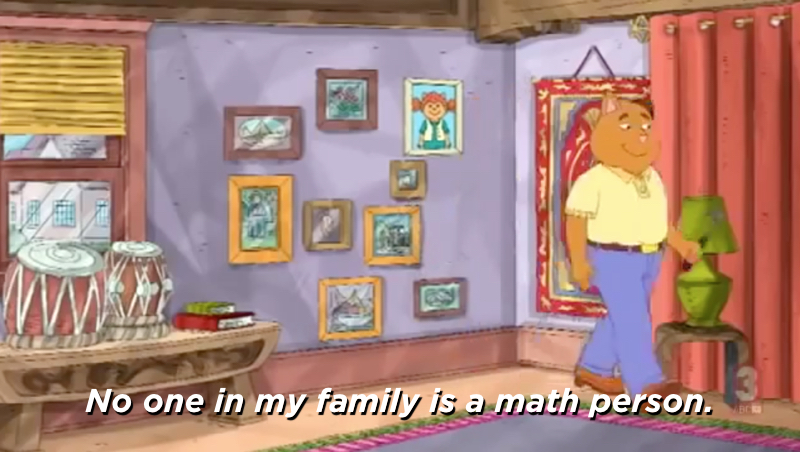 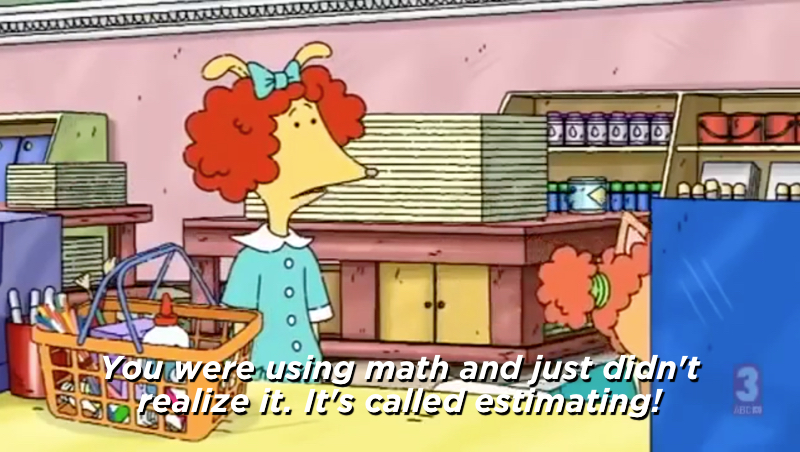 Sue Ellen says that she and her family get along fine without math everywhere “except in math class.” They rely on estimating, eyeballing, and guessing-and-checking when they’re cooking, driving, shopping, and hanging pictures. Prunella tells Sue Ellen, accurately, that when Sue Ellen estimates, eyeballs, and guess-and-checks, she is doing math. Sue Ellen is unconvinced, possibly because the only math we see her do in math class involves formal calculation. (Math teachers: emphasize informal mathematical thinking!)

We need to create a need for formal mathematical skills. 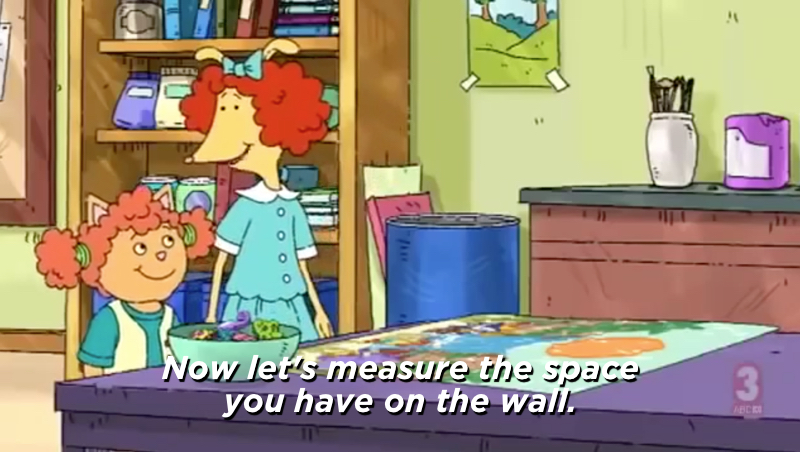 She’s made a painting for one area of a wall and then she’s assigned a smaller area than she anticipated. She encounters the need for computation, measurement, and calculation, as she attempts to crop her painting for the given area while preserving its most important elements.

Nice! Our work as teachers and curriculum designers is to bottle those scenarios and offer them to students in ways that support their development of formal mathematical ideas and skills.