Your GPS Is Making You Dumber, and What That Means for Teaching 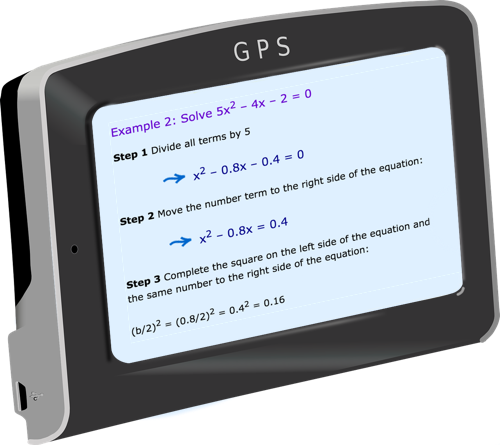 Shannon writes that when she used her GPS, “I usually arrived at my destination having learned little about my journey and with no overview of my entire route.”

True to the contested nature of education, we will now turn to someone who advocates exactly the opposite. Greg Ashman recommends novices learn new ideas and skills through explicit instruction, one facet of which is step-by-step worked examples. Ashman took up the GPS metaphor recently. He used his satellite navigation system in new environs and found himself able to re-create his route later without difficulty.

What can we do here? Shannon argues from intuition. Ashman’s study lacks a certain rigor. Luckily, researchers have actually studied what people learn and don’t learn when they use their GPS!

In a 2006 study, researchers compared two kinds of navigation. One set of participants used traditional, step-by-step GPS navigation to travel between two points in a zoo. Another group had to construct their route between those points using a map and then travel segments of that route from memory.

So your GPS does an excellent job transporting you efficiently from one point to another, but a poor job helping you acquire the survey knowledge to understand the terrain and adapt to changes.

Similarly, our step-by-step instructions do an excellent job transporting students efficiently from a question to its answer, but a poor job helping them acquire the domain knowledge to understand the deep structure in a problem set and adapt old methods to new questions.

I’ll take that trade with my GPS, especially on a dull route that I travel infrequently, but that isn’t a good trade in the classroom.

The researchers explain their results from the perspective of active learning, arguing that travelers need to do something effortful and difficult while they learn in order to remember both route and survey knowledge. Designing learning for the right kind of effort and difficulty is one of the most interesting tasks in curriculum design. Too much effort and difficulty and you’ll see our travelers try to navigate a route without a GPS or a map. While blindfolded. But the GPS offers too little difficulty, with negative consequences for drivers and even worse ones for students.

2016 Jun 17. The two most common critiques of this post have been, one, that I have undervalued step-by-step instructions in math, and two, that this GPS study offers very few insights into math education. I respond to both critiques in this comment.

Who Wore It Best: Barbie Bungee   Recipes for Surprising Mathematics
Unless otherwise noted, everything you and I post here is licensed
for reuse under Creative Commons Attribution 4.0 International.