Who Wore It Best: Maximizing Area

I have a recurring happy dream that I’m on Jeopardy. It’s the final round. The Trebekbot 2000 reads the final clue:

“These are the dimensions of the rectangle that has the largest area given a fixed perimeter.”

“WHAT IS A SQUARE!” I yell out while my competitors are still thinking quietly. I have disqualified myself and ruined the round, but I don’t care. I start high-kicking around the set while security tries to wrangle me away and I still don’t care because I finally found some use for this fact that takes up a significant chunk of my brain’s random access memory.

It’s a question you’ll find in every quadratics unit, every textbook, everywhere. I could have selected this week’s Who Wore It Best contestants from any print textbook, but instead I’d like to compare digital curricula. I have included links and attachments below to versions of the same task from GeoGebra, Desmos, and Texas Instruments, three thoughtful companies all doing interesting work in math edtech. (Disclosure: I work for Desmos, but don’t let that fact sweeten your remarks about the Desmos version or sour your remarks about the others. Just be thoughtful.)

So: who wore it best? 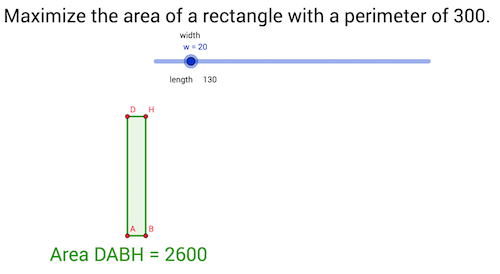 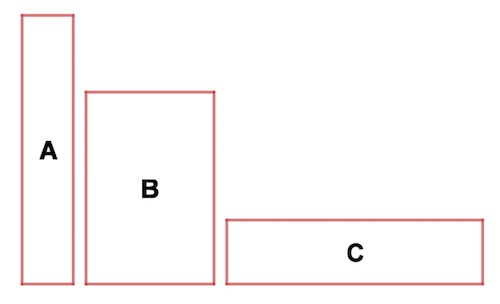 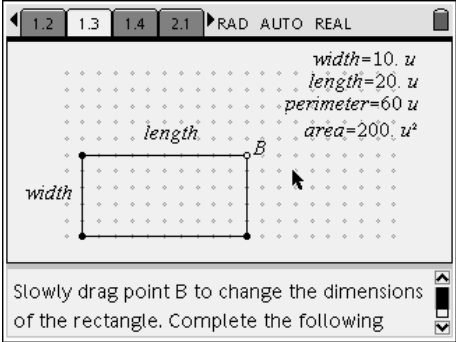 Steve Phelps suspects I stacked the deck in favor of Desmos here, taking full advantage of our platform while taking only partial advantage of GeoGebra and the Nspire. John Golden concurs, hypothesizing that “there would be a worksheet to go with the GeoGebra sketch.”

Both Lisa Bejarano and John Golden call out the Desmos lesson as “too helpful” — they know how to make it sting —Â in the transition from screen 5 (“Collecting data!”) to screen 6 (“Here! We’ll represent the data as a graph for you.”).

I’l grant that it seems abrupt. I don’t think this kind of help is necessarily counterproductive, but it doesn’t seem as though we’ve developed the question well enough that the answer — “graph the data!” — is sensible. The Texas Instruments version has a solution to that problem I’ll attend to in a moment.

My concern with the GeoGebra applet is that the person who made the applet has done the most interesting mathematical thinking. I love creating Geogebra applets. I generally don’t have a good story for what students do with those applets, though. In this example, I suspect the student will drag the slider backwards and forwards, watching for when the numbers go from small to big and then small again, and then notice that the rectangle at that point is a square. The person who made the applet did much more interesting work.

First, my understanding of Lisa Kasmer’s research into estimation and Paul Silvia’s research into interest led me to create this screen where I ask students “Which of these three fields has the biggest perimeter?” knowing full well they all have the same perimeter: 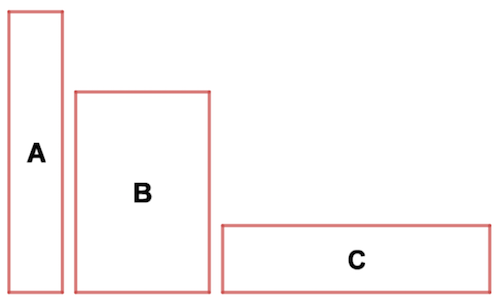 Still later, I ask students to estimate a rectangle they think will have the greatest area. That kind of informal cognitive work is largely absent from the TI version, which starts much more formally by comparison. 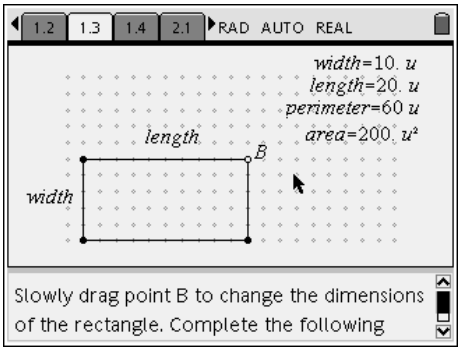 TI does have a technological advantage when they allow students to sample lots of rectangles and quickly capture data about those rectangles in a table.

Desmos is working on its own solution there, but for now, we punt and include prefabricated data, which I think both companies would agree is less interesting, less useful, and more abrupt, as I mentioned above. 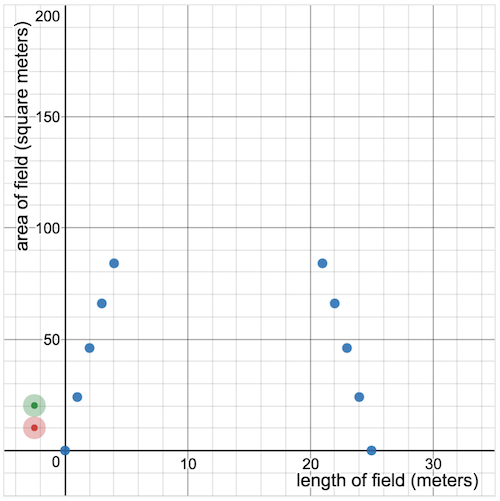 You can also pitch your thoughts in on next week’s installment: Pool Table Math.

2016 Jul 8. Steve Phelps has created a different GeoGebra applet, as has Scott Farrar.

2016 Jul 9. Harry O’Malley uploads another GeoGebra interpretation, one that strikes a very interesting balance between print and digital media.

Larry Cuban’s Eight Features of Highly-Effective Tech-Using Schools   Who Wore It Best: Baseball Quadratics
Unless otherwise noted, everything you and I post here is licensed
for reuse under Creative Commons Attribution 4.0 International.