Announcing The Winner Of Our Fall Contest

I received about one hundred loop-de-loops from teachers, parents, and students from several different countries. It took me an hour to take in all the awesome eye candy, which included dioramas, videos, 3D loop-de-loops made from snap cubes, and more. I pulled out my five favorites and sent them to three judges who I think embody the best of creativity in mathematics. 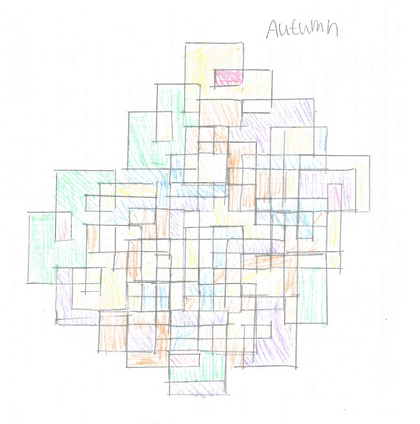 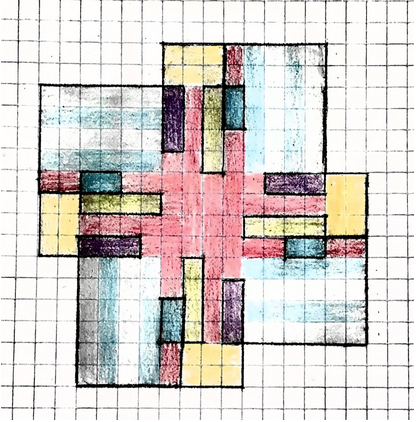 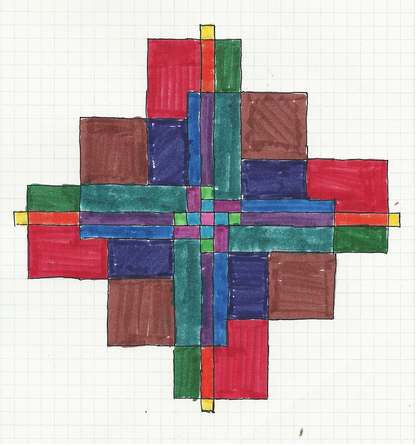 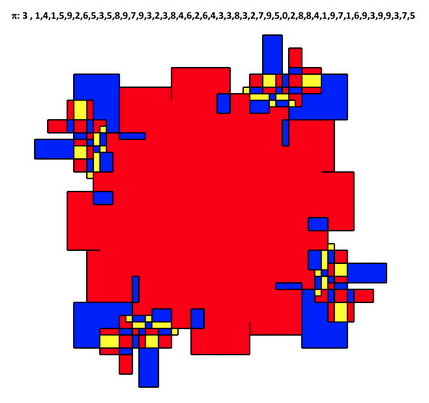 Maddie Bordelon and her math art team, “Right Up Left Down”: 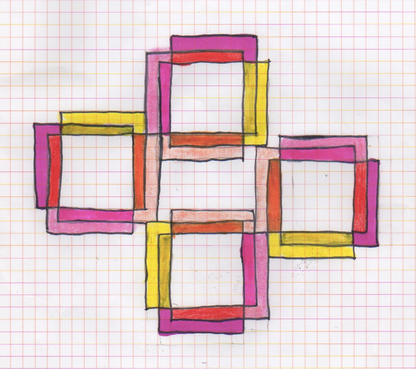 [BTW. In an early draft of this post, I reversed the second and third prize winners. Mistakes were made. Apologies have been issued.]

Third prize, which is a medium-intensity high five delivered if we ever meet, and one copy of Weltman’s book, goes to Maddie Bordelon and her math art team, “Right Up Left Down.”

Second prize, which is sustained applause in a crowded, quiet room, and five copies of Weltman’s book, goes to Theo from Alice Hsiao’s class:

[E] completely holds my attention. The coloring choices pull me in and highlight the patterns and structure in a way that fascinates me. The long bands of white, blue and grey make a fantastic contrast to the brighter colors closer to the middle, which are also the shorter segments in the design. And, the bold outlines pull out the structure even more. I don’t know if it was intentional, but the overall effect of hand-coloring plus scanning the image made for a lovely final effect.

First prize, which is 40 copies of Anna Weltman’s awesome book, goes to John Grade & his daughter.

[2015 Oct 12. John Grade is graciously passing his first prize down to the second prize winner.]

It is very well constructed, brilliant use of color, and the number pattern chosen is pretty special.

A nice experiment to try Pi and see if a visible pattern emerges.

I loved seeing students conjecturing mathematically about loop-de-loops, asking each other which ones converge and diverge, trying to predict the patterns they’d find in different strings of numbers. (See: Denise Gaskin’s comment for one example.)

Also, The Nerdery really sank its teeth into this assignment. This blog’s collection of programmer-types produced some great loop-de-loop visualizations:

Falcon Radar   Four Animated GIFs Of The Same Awesome Problem
Unless otherwise noted, everything you and I post here is licensed
for reuse under Creative Commons Attribution 4.0 International.