A reader via email:

I’m not big on the retroactively “sorry I haven’t been blogging” posts. I’d rather proactively explain why I’m not going to be around here for the next several months.

But my dissertation hearing is scheduled for mid May. I’m in the middle of data collection with lots of writing and analysis ahead and I’m sure I need to become a bit more ruthless in managing my time and writing.

So I’ll see you on Twitter (can’t quit that obviously), at NCTM and other conferences. But I won’t see you around here for a few months.

Please use this as an open thread to talk about whatever while I’m off dissertating. Also here’s all the great classroom action I haven’t written about over the last twelve months. Plenty of food for the blog monster there.

Here are the locations of your chain of gelato shops: 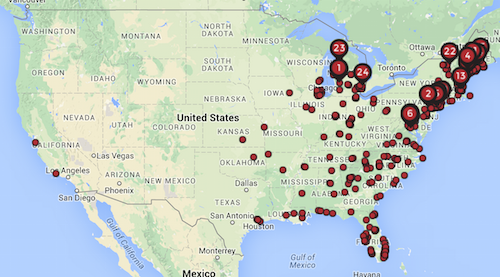 Here is the temperature in the United States today (Fahrenheit): 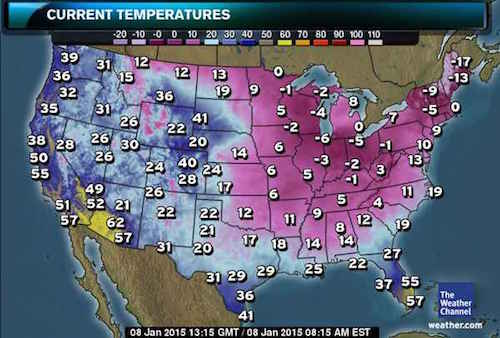 So basically business is bad. No one wants your frozen treat.

So what do you do? You lower prices. An across the board cash discount? Maybe. But if you’re Gelato Fiasco, you institute The Frozen Code:

On each day that the temperature falls below freezing, we automatically use The Frozen Code to calculate a discount on your order of gelato dishes. [..] You save one percent for each degree below freezing outside at the time of purchase.

But how do you write this code using the language of variables that your pricing system understands? (Click through for Gelato Fiasco’s answer.)

How would you set this up as a mathematical learning experience for your students?

2014 Jan 8. Updated to add this important exchange with Gelato Fiasco on Twitter.

@Veganmathbeagle @ddmeyer At -68 we would take 100% off, but we would likely not be able to open. Wind chill is not a variable. 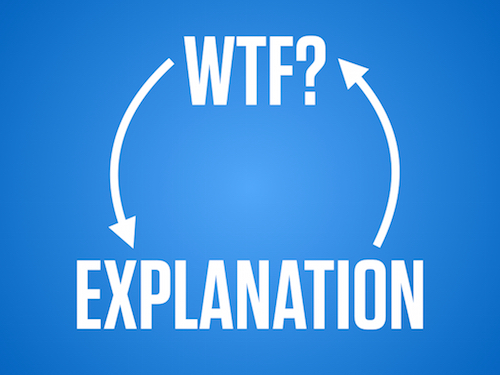 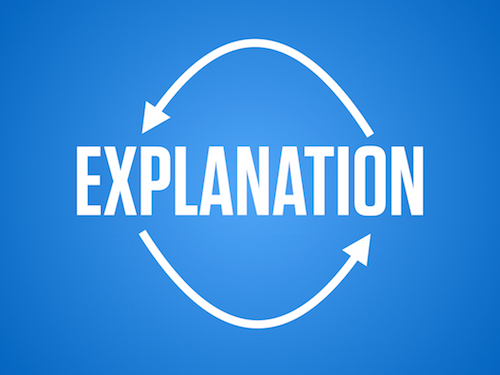 Happy New Year. This ThinkUp outfit told me which of my tweets were “biggest” in each of the months of 2014. Twelve “big” tweets, in other words.

Here were my new blog subscriptions in December 2014, some of which might interest you.

What did you fill your head with in December?