Developing the Question: Ask For A Sketch First

Here is a resolution: ask your students for a sketch first.

I’ve been a bit obsessed with “Barbie Bungee,” a lesson on linear regression which you’ll find all over the Internet. It’s the kind of lesson that doesn’t seem to have any original mother or father, only descendants. (Here is NCTM’s version as well as a video from the Teaching Channel.)

Search the Internet for “Barbie Bungee handouts. I have. Invariably, the handout asks students to collect data for how far Barbie falls given a number of rubber bands tied around her ankles and then graph the results precisely. Often times those handouts include a blank graph with precise units and labeled axes. 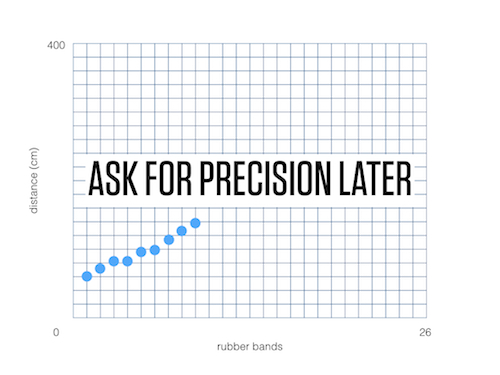 Developing the question means starting from a more informal place. It means asking the students, “What do you think the relationship looks like between the number of rubber bands and Barbie’s distance? Sketch it.” 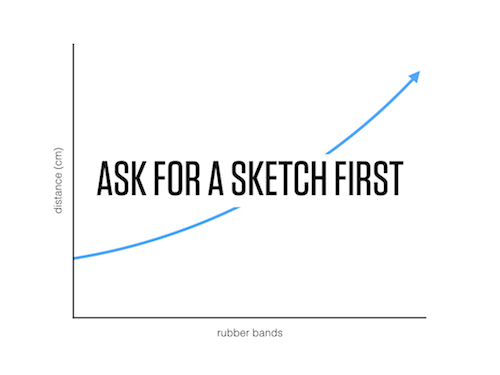 Asking students to sketch the graph serves so many useful purposes.

Which would make for a more interesting classroom debate? These three precise graphs?

Or these three imprecise sketches?

If the answer is “make a precise graph of a real-world relationship,” then developing the question means asking for a sketch first. That’s my resolution.