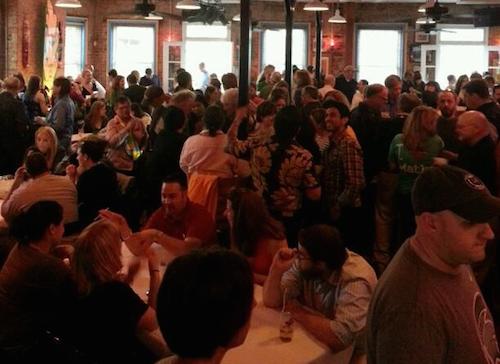 The Desmos/Mathalicious happy hour in New Orleans on Friday was a great end to a long week of conferencing with math teachers, math ed professors, and the occasional vendor. My unofficial crowd estimate puts it at something like 50x the size of their 2014 event in Denver, CO.

The Desmos team and I wrote up some happy hour questions which were fun enough that several people requested the complete list. You should feel free to use them also. Please address complaints, quibbles, or corrections to Bill McCallum c/o Illustrative Math.

All of the answers in this round are well-known mathematical words or phrases. (Example: “It lies under the mantle and belongs to use all” is also known as the “Common Core.”)

We asked four hundred 3-5th graders some questions about math. You’re going to tell us what they said. We asked them …

Even though your students may struggle to meet the Common Core State Standards, some members of the animal kingdom are doing just fine. We’re going to match a standard to an animal. You tell us if the statement is backed up by a scientific study or if we just made it up.

We’re going to play 10-second clips of famous songs. You need to name the number that features prominently in the song.

“Think About Your Favorite Problem From A Unit”   My Opening Keynote for CUE 2014
Unless otherwise noted, everything you and I post here is licensed
for reuse under Creative Commons Attribution 4.0 International.