Shorter: Dave Major and I are experimenting again with what math textbooks could look like on devices that are digital and networked. Our most recent experiment is Ice Cream Stand.

Longer: Last September, Kate posted this image to Twitter attached to the tweet, “Worst geometry problem ever: can’t be solved until after you solve it.” 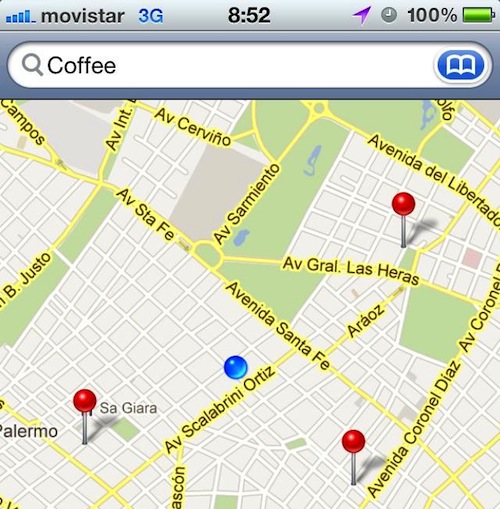 We could print that out and have students use a compass and straightedge to construct the circumcenter (the point that’s equidistant from all three coffee shops). That’d be a fine summative assessment. Very “real world,” etc.

So we changed the domain from coffee to ice cream. We changed the environment from a roadway (a complicated space) to a park (an open space). And we gave students a few easy choices. “Which ice cream stand would you pick, given where you’re standing right now?” 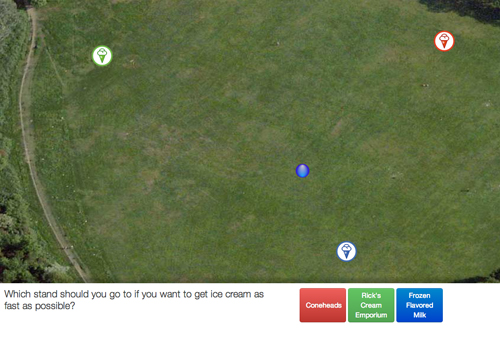 Students see that they’re basically painting the field one dot at a time. 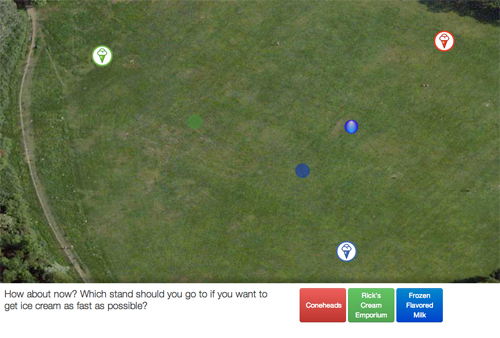 So we ask them to extend that metaphor and paint the entire field so that someone else can see which stand is the closest no matter where they are in the park. 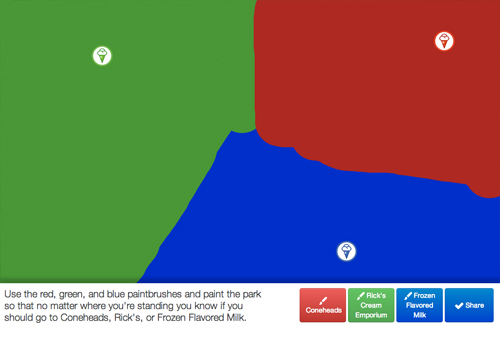 This is a task that a lot of students can complete regardless of their mathematical knowledge. It’s expensive, but not impossible, to provide this task on paper. It’s impossible to do on paper what comes next. 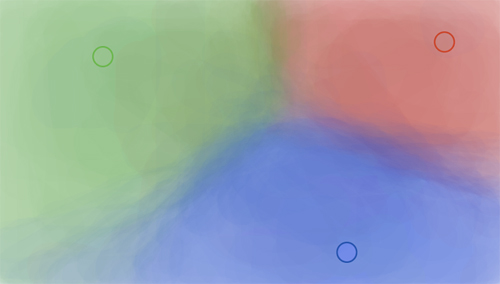 That’s a composite from three dozen people on Twitter.

Dave and I then asked students for some preliminary thoughts about how we could calculate the right painting. But that’s where we finished. The point is, students now want to know, “Who’s right? Who’s closest?” And what’s weird is that our intuition validates the math to a degree. 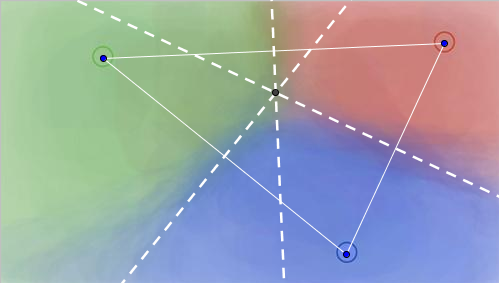 That’s the ladder of abstraction. It isn’t impossible to climb it with print-based tasks, but a digital networked device makes it a lot easier.

BTW. Dave Major wrote his own post about this project.

The burning question I have after looking at this is, why is the average line a bit wrong? (Especially the blue/green line.)

If you allow the first student through to see the picture as it gets revised (via a reload button or some auto-update), I don’t see a terrible problem (except for the usual classroom dilemma of what you do with any student that finishes fast).

The NRICH Approach To Probability   [LOA] Sam Shah’s Worksheet
Unless otherwise noted, everything you and I post here is licensed
for reuse under Creative Commons Attribution 4.0 International.