Functions come in discrete and continuous families, which are something like the Montagues and the Capulets. Very little in common. Sometimes angry with each other.

Continuous functions tell you something about the real numbers. A function that converts from Fahrenheit to Celsius is continuous because it’ll tell you Celsius for any value of Fahrenheit, including decimals, rationals, irrationals, any real number.

Discrete functions, meanwhile, only tell you something about sets of numbers you can count – the whole numbers, for one example. The function that tells you what your tax credit is for the number of kids you have is discrete because it won’t give you a credit for your fractional 2.34 children.

That’s a recipe for a regular pentagon right there. Draw a 108 degree angle between two segments with the same length. 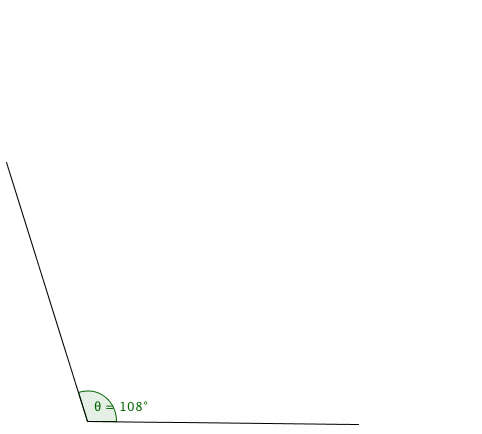 Then draw another 108 degree angle on the last segment. 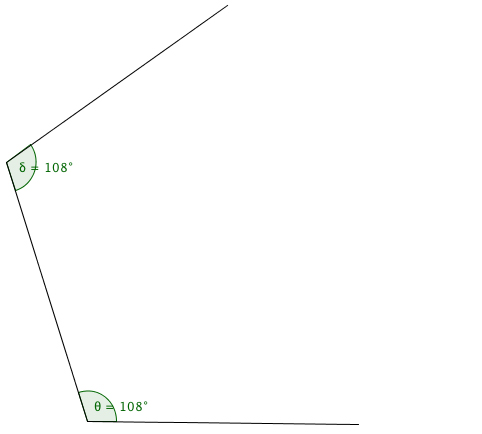 And another, and another, until the segments reconnect and you have a regular polygon with five sides.

We can write a table: 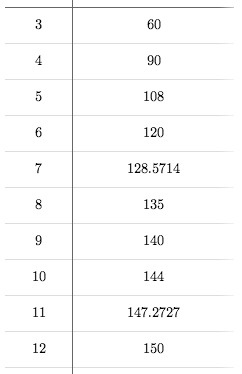 We can graph those values: 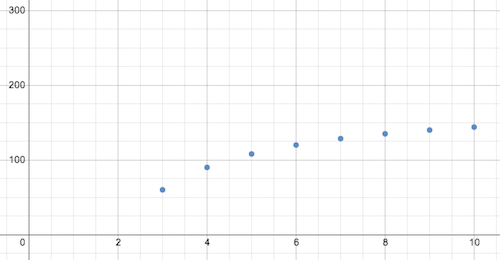 We can also write an equation:

Maybe that’s just gibberish, the result of pushing this function machine beyond its warranty. But maybe it isn’t.

What if we tried to draw a regular 3.5-gon in the same way we did the regular 5-gon up there? 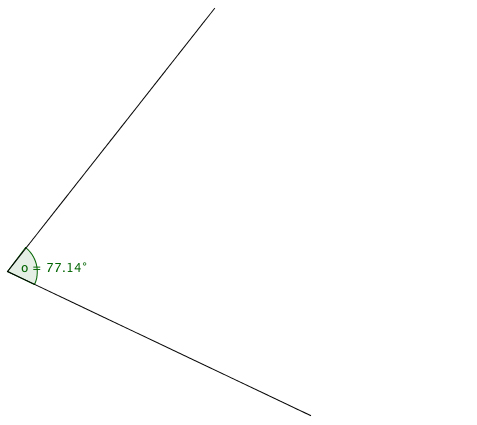 Then another on top of that one. 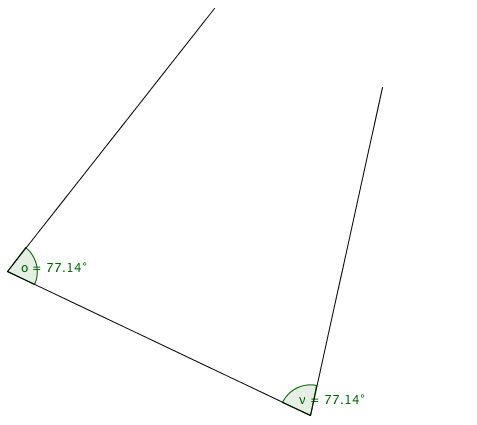 So different representations of functions (the table, the graph, the polygons, the equations) show and reveal different features of the function. Sometimes they reveal dirty, interesting secrets. The domain of the function – the part that says, “I only work with discrete numbers.” – is like a product warranty. But warranties were meant to be voided. Push your way past the warranty, hack away, find something interesting, and show it off.

BTW. One of you enterprising programmers should create the animation that runs through continuous values of n and shows the regular polygon with that many sides. That’d blow my mind. I can only do the discrete values.

BTW. Malcolm Swan demonstrated the 3.5-gon on the back of some scratch paper in the middle of a design session here in Nottingham. That kind of throwaway moment (often before tea, of course) has been a lot of fun these last two months.

2013 Mar 28. I love you guys. I fall asleep for a few hours and wake to find out it’s Christmas. Some interesting visualizations of rational regular polygons from Marc Garneau, Eric Berger, Stuart Price, and Josh Giesbrecht.

2013 Mar 29. More applets. One from Andrew Alexander and the other from Khan Academy.

So, we can now draw a p/q-gon for any natural p,q. Does it allow us to run continuously through polygons? what about irrational number (so many of them between any two rationals…). To make it really continuous we need to have polygons for them as well. According to the above construction, I don’t thing that is possible because an irrational polygon will never meet its starting point (if it will, it will contradict its irrationality).

The visual math discovered is cool, but what I’m really amazed by is the fact that the online math ecosystem allowed people to quickly create interactive visual demos in at least five different free, visual environments! Scratch, Desmos, Geogebra, Logo, and Sage. (JavaScript might be a sixth, though Andrew’s nice JavaScript demo wasn’t created within a visual tool, and KA’s JavaScript demo was pre-existing.)

[Help Wanted] Recappers Needed For #NCTM13   101questions Updates, Gets A Lot More Useful
Unless otherwise noted, everything you and I post here is licensed
for reuse under Creative Commons Attribution 4.0 International.