Here are two maps of the London underground railway, the first from 1928, the second from 1933. 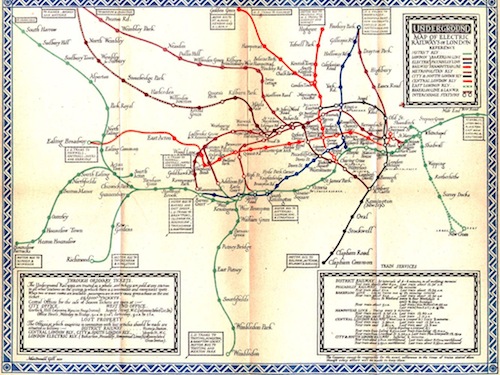 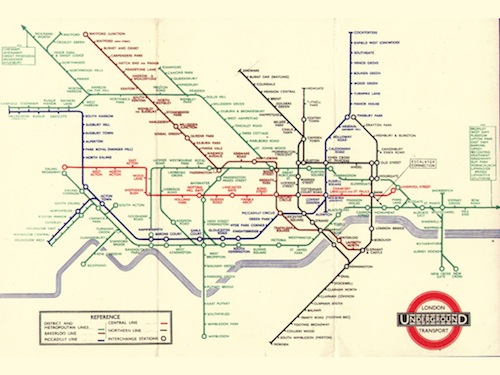 BTW. If you’ll let me troll for a minute: aren’t we doing kids a disservice by emphasizing “multiple representations” rather than the “best representations?” Given that some abstractions are more valuable than others for different purposes, why do we ask for the holy quadrinity of texts, graphs, tables, and symbols on every problem rather than for a defense of the best of those representations for the job given?

BTW. I pulled those maps from Kramer’s 2007 essay, “Is Abstraction the Key to Computing?”

My intuition is the first (‘real’ scale, ‘real’ layout) is more useful to anyone who cares about how far it is between locations that are not connected, or how they relate to things not shown on the graph, while the second is for those who only care about connections.

I’m not sure that I agree that both maps are same-level abstractions of the real-world subway system. I would argue instead that the second map is an abstraction of the first.

In order to abstract away the lengths and shapes of the curves that connect the nodes, we need to have already interpreted the subway system as a network of curves and nodes — as the first map does — rather than as a three-dimensional physical structure.

Similarly, I would argue that graphs and tables-o’-values do not occupy the same rung; rather, a graph is an abstraction (and infinite extension) of a table-o’-values.

CMC-North 2012 & MathRecap.com   Great Classroom Action
Unless otherwise noted, everything you and I post here is licensed
for reuse under Creative Commons Attribution 4.0 International.