[LOA] Hypothesis #2: Paper Is A Problem

I advanced a hypothesis in my last post that we don’t clue students into the everyday abstractions that come so easily and subconsciously to their teachers. We find it easy to represent contexts (applied or pure) with symbols, tables, line drawings, and coordinates, so we often glide over those processes, obscuring them in the process.

So it’s helpful to give students a concrete context and explicitly show them how to climb the ladder of abstraction at every rung. 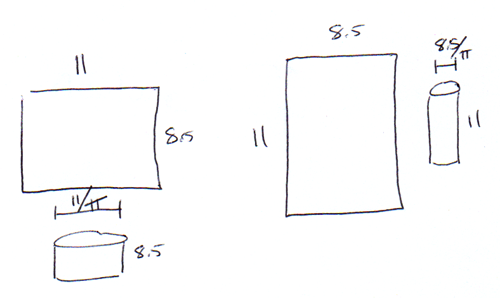 It should go without saying that if the contexts in your textbook are predigested with those symbols, tables, line drawings, and coordinates, we’re already in trouble. The context has already been abstracted and we can only hope that every student already understood how to apply that abstraction.

My hypotheses here is that this predigestion is a fundamental condition of print-based curricula and very hard to counteract. For example, here again is Pearson’s cell phone tower problem with a presentation that conceals the ladder of abstraction.

Let me offer a presentation that would reveal the ladder. We would start with the satellite view of the cities, a low level of abstraction. 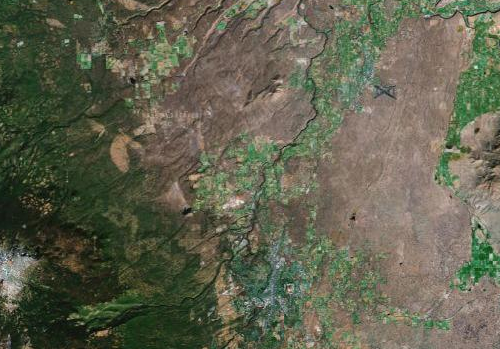 Then we’d move up to the ladder to a road map, clear-cutting forests, damming streams, getting rid of information that isn’t relevant to our question. 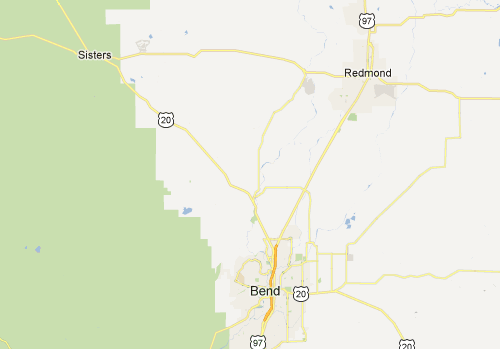 Then we’d abstract away most of that information, leaving behind three points on a plane with their labels. 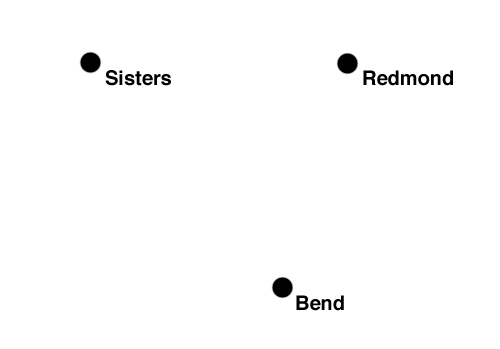 To talk about the location of those points, we’d put a coordinate plane beneath them. 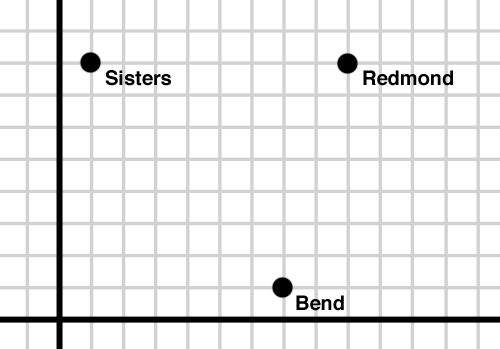 We’d consider each of those four frames separately. We’d move on to the next frame only after we had discussed the abstraction required to get us there.

With digital media, those four frames cost nothing but a few extra bits on a hard drive. But if I print each of those frames out on its own page and then bind those pages into a book and then mass produce that book, those four frames become very expensive and very heavy very quickly.

So instead, print-based curricula compress all those frames into one. They default to a very high level of abstraction and hope that everyone is already comfortable working at that level. It’s an expensive problem to fix in print.

This isn’t to say that print-based curricula isn’t great for a lot of things. This is just to say that making the ladder of abstraction clear to students isn’t one of those things.

Brian Stockus, who works in the industry:

The other issue with print-based materials is that they can’t control the release of information very well. Generally a problem and any accompanying pictures or sample work are printed right next to each other. What if the person who wrote that problem wants the students to look at the sample work *after* they solve the problem for themselves? Well, it’s hard to make students do that when a sample solution is mere centimeters away from the problem.

Or in the case of the four images you suggest to use to help students abstract the cell tower problem. If they’re printed on the same page, the students can see all four steps at once which is inherently different than revealing one at a time and discussing each in turn.

This makes a case for the added value of digital tools in education. Not only is a video more dynamic than text, but you also have the ability to pause and rewind. Even using software like Powerpoint is more powerful than print in this regard because you can control when information is revealed. The same holds true for asking students questions on the computer using some sort of educational software. The instructional designer can control student movement so that an abstraction can be revealed in steps or after students have had the opportunity to think it through on their own first.

[LOA] Hypothesis #3: Test Your Abstractions   [LOA] Hypothesis #1: Be Explicit
Unless otherwise noted, everything you and I post here is licensed
for reuse under Creative Commons Attribution 4.0 International.