And by “taco cart” I mean “digital math curriculum.”

Here’s the Taco Cart I wish I had made. Implicitly, here, I’m admitting I’m in over my head. I need a new set of skills or a new set of collaborators. 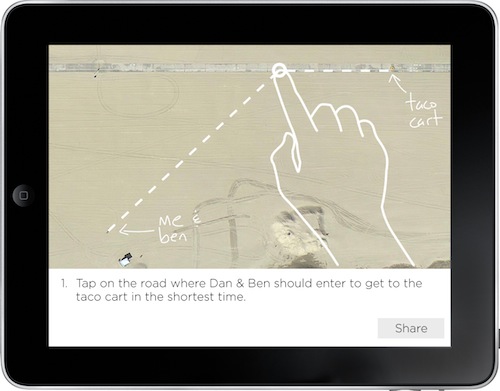 Currently, I’m asking students to guess where Ben and I should enter the roadway to get to the taco cart as fast as possible. But how do they register that guess? Do they point to it? Do they make a mark on a printout of the scene?

Let’s give them tablet computers, instead, and let them slide their fingers down the road until they’re happy with their guess. 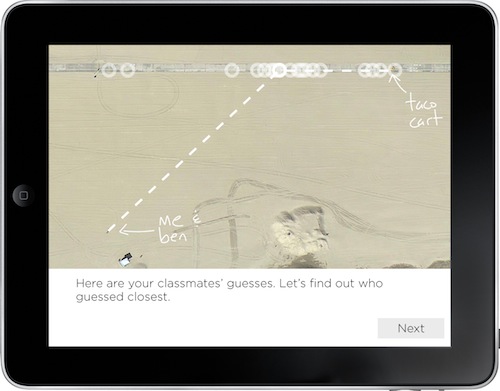 Then they see all their classmates’ guesses. Ideally those guesses are all attached to faces or names somewhere so you can see how your best friend or the girl you have a crush on guessed. This ratchets up their perplexity. Who guessed closest? 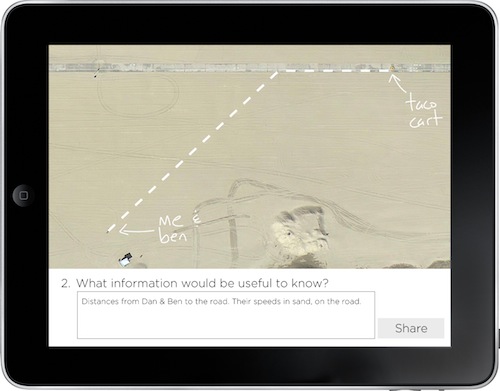 Then we ask them what information would be useful. This is abstraction. We’re giving the students a chance to extract the essential features of the context. 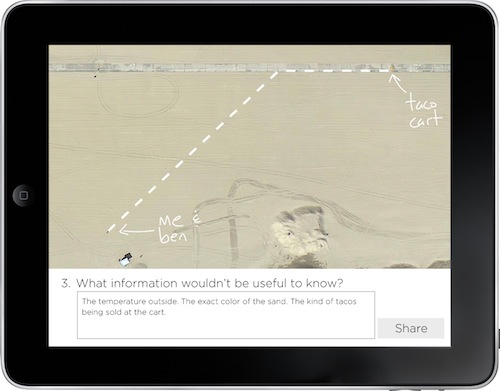 We ask them to discard the inessential features of the context. 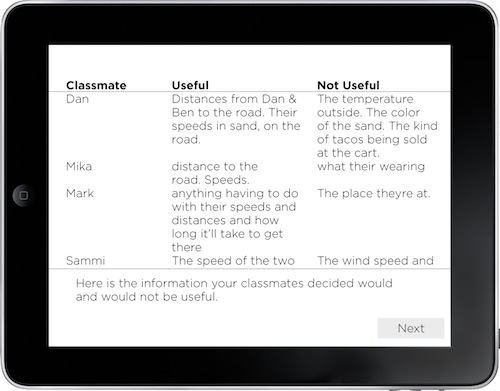 The tablet summarizes the class’ responses. The teacher can use this information to seed a brief discussion. 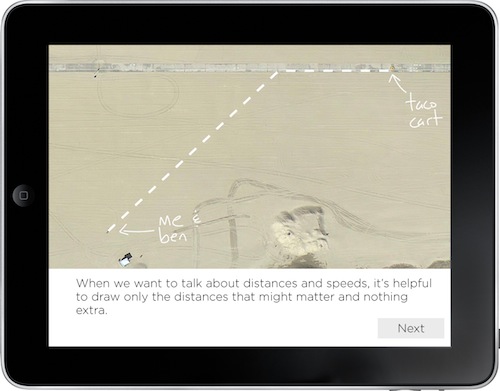 What happens next is violent. We’re going to vaporize the world. We’re going to strip away the sand. We’re going to destroy the buildings. We’re going to wipe Dan and Ben and the taco cart off the map and replace them with points and lines. If you’ve studied math at the university level, it’s possible you’ve lost touch with the violence inherent in mathematical abstraction.

So we scaffold that process briefly. We prepare the student. We say, “We’re going to get rid of a bunch of stuff you said was inessential and represent the rest as neatly as possible.” 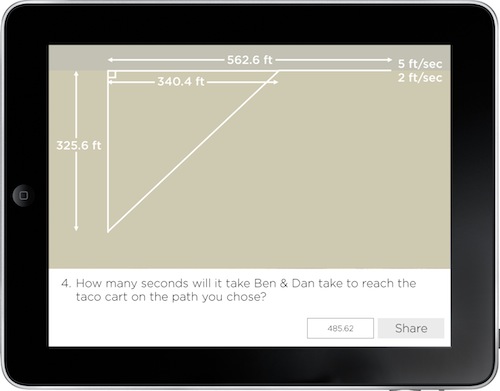 Now this is interesting. Each student is given her own task, a task that she, herself, picked. “You guessed that this would be the fastest path,” we say. “Go ahead and figure out how long your path would take.”

This is more fun than evaluating the duration of a generic path and it’s easier than differentiating the generic path and solving for its minimum. It isn’t all that much more difficult for the teacher to check either because everyone is performing the same calculation, just on a different value. 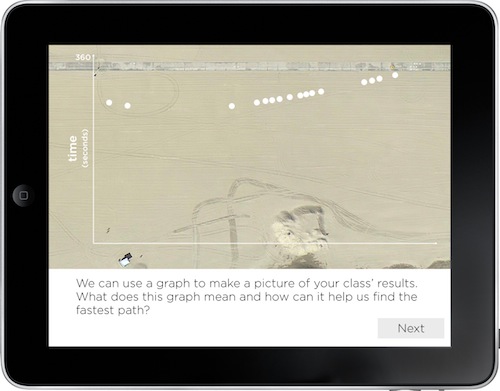 Everybody enters their results. The tablet checks them for correctness and then displays them. 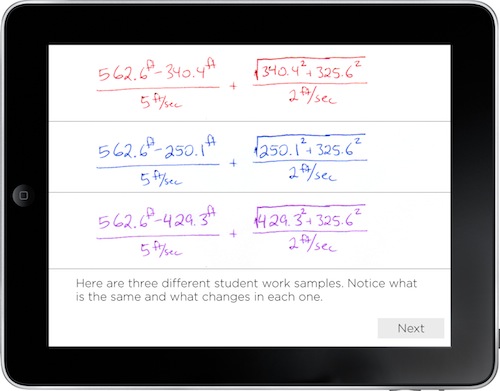 Remember that everybody is doing the same calculation on a different value? [BTW: Christopher Danielson is right that I overstepped myself here.] That means it’s abstraction time again.

We pull out three student pages (never mind that these are all from the same person) and we ask the students to notice what changes and what doesn’t. 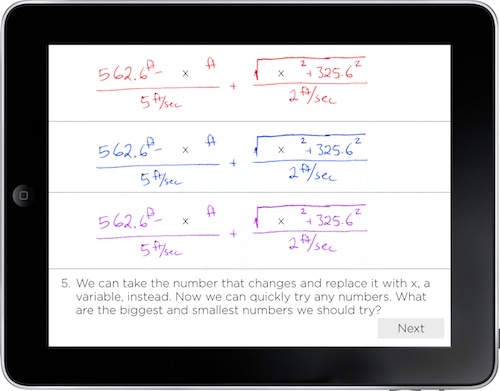 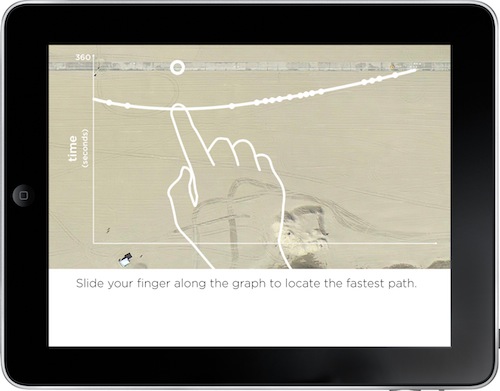 The student slides her finger along the graph and the path adjusts with it. The tablet snaps to points of interest like minima and maxima and displays the value of the graph at those points.

From here we’d play the video that shows that answer. The tablet would find out which student guessed the closest initially and throw some love on her.

[3ACTS] Split Time   Two PD Opportunities
Unless otherwise noted, everything you and I post here is licensed
for reuse under Creative Commons Attribution 4.0 International.