The Mathematics Of Game Shows 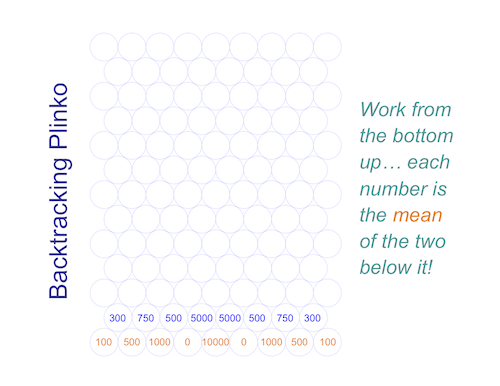 Judging from his slides, it looks like Bowen Kerins produced a corker of a presentation at NCTM last week, running through the math inherent to game shows across several genres and decades. Among other revelations, he’ll help you calculate the best location for dropping your Plinko puck.

In the past, I’ve definitely understood the idea of compelling WCYDWT problems, and been drawn to know the solution. This was almost on a new level. There was nothing as important in my life as solving the Plinko board, right now. It’s like math crack.

Mathematics v. MTV   [WCYDWT] The Daily Show
Unless otherwise noted, everything you and I post here is licensed
for reuse under Creative Commons Attribution 4.0 International.