A Phrase I Try To Avoid 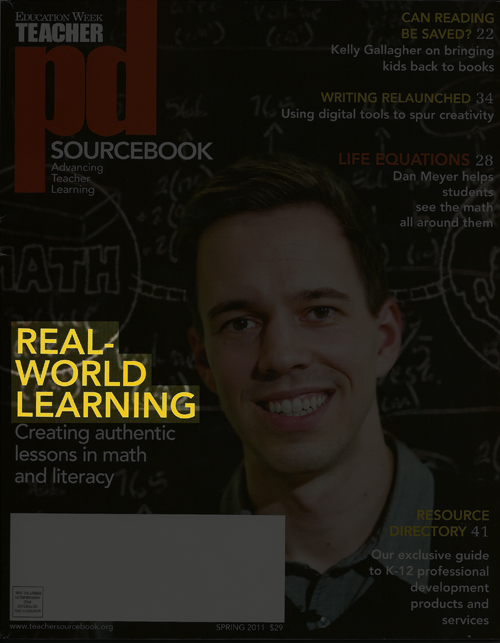 I understand what it means. I know it’s code for something that basically everybody understands. But I’m not comfortable with the implication that if the mathematics won’t help you build a deck or make payroll or beat the odds at a card table that it’s “fake-world math” (or, even more unfortunately, “fake math“) and without value. Mathematics, as it’s studied by mathematicians, is challenging and satisfying work that’s accessible to anyone with a pencil, some scratch paper, and a curious mind.

I’m happy to work in this niche, with these “applications of math to the world outside the math classroom.” It’s important that when our students ask if mathematics has any practical or explanatory power in their lived experience that we can answer “yes” without our assigned curriculum undermining us. And if it’s printed on paper, there are a number of ways it’s doing exactly that.

I have some leverage here and I’m happy for the opportunity to help out with this problem. But I’m not confused that it’s the only problem.

A Phrase I Try To Avoid, Ctd.   Dissent Of The Day: H. Wells Wulsin
Unless otherwise noted, everything you and I post here is licensed
for reuse under Creative Commons Attribution 4.0 International.