What Can You Do With This: The Italian Job

If you’re the sort who likes to figure this WCYDWT thing out for yourself, here’s the clip I’ll be discussing after the jump. Also: my readers outside of Burma, Liberia, and the United States can safely skip this one.

Whenever a student asks me how tall I am, I always answer “79 inches.” (It’s a math teacher thing.) The student’s first reaction is, inevitably, “Seven foot nine?!” The student’s second reaction, after dividing 79 by 12 and seeing “6.6” on her calculator is, “Oh. Six foot six.”

This drives me nuts. Once a student has the idea that decimals are inches, it’s nearly impossible to convince her otherwise. 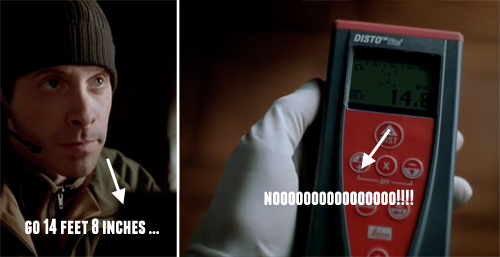 I don’t know the extent to which that error should scuttle the entire plan but Mos Def makes the same mistake on the floor below so the whole thing looks pretty grim. 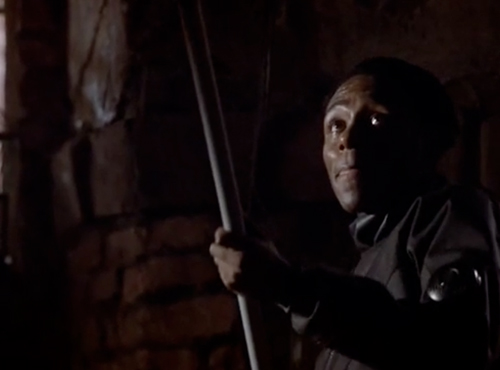 This is a clear application of entries #7 and #43 from the WCYDWT taxonomy.

#7: Put the student in the same mental frame as a character from a TV show or movie. Have the student solve the character’s problem.

So you put them in the same room as Edward Norton by giving them a piece of grid paper. You tell them every minor line represents an inch. You’ve really stacked the deck with this one, having drawn major grid marks every 10 lines, instead of every 12. You’re inviting the likely error. 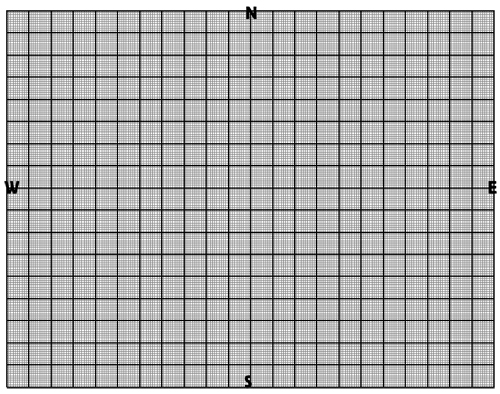 You play the clip as many times as they want. Encourage solo work on this one. (Edward Norton was alone in the room, after all.) After a given time, you invite a confident student up to the board to draw a safe you know in advance to be incorrectly placed. At that point, most students have decided this activity is really easy and way beneath them. This overconfidence is gasoline. As students discover differing answers to the same totally easy problem, they’ll argue and debate. These frissons around the room are the little sparks in the combustion engine of learning. 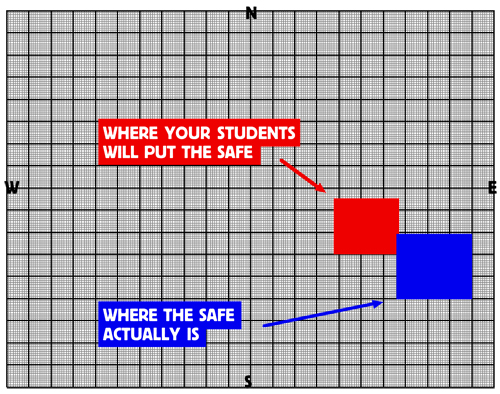 If a student miscalculates my height by an inch, it’s no big deal to her. The stakes are too low and the percent error too insignificant. But if a student blows up the wrong part of a floor and loses millions of dollars in gold bricks she thought was a sure thing, that’s productive frustration, even though the stakes are imaginary. We can work with that.

BTW: Delise Andrews offers a handout that is much better than mine. Thanks, Delise.

Why We Do Comments Here   Guess The Eggs
Unless otherwise noted, everything you and I post here is licensed
for reuse under Creative Commons Attribution 4.0 International.