What Can You Do With This: Gimme Friction / Taberinos

Open class with an online game, either Gimme Friction or Taberinos. Play for ten minutes. Have your students write down their highest scores. Create a classroom leaderboard.

What can you do with this now?

I’ll try to limit myself to broad strokes here. There are a lot of interesting trees but the forest — the framework for turning an interesting thing into a challenging thing — is what interests me most.

1. Freeze gameplay in time and space. 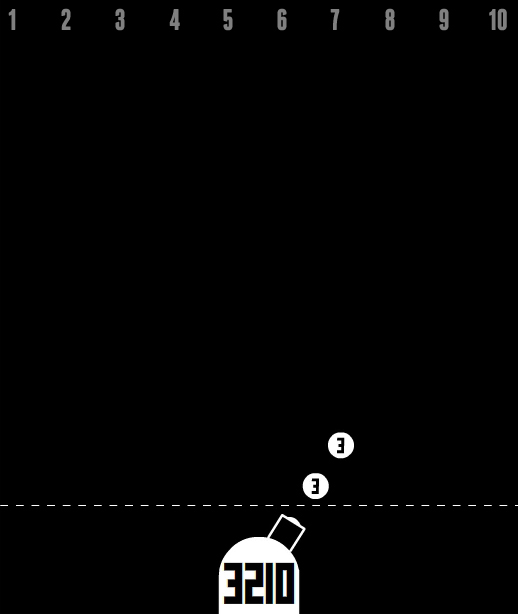 2. Ask the students to make an intuitive prediction about where the ball will hit the ceiling.

3. Show them the answer. 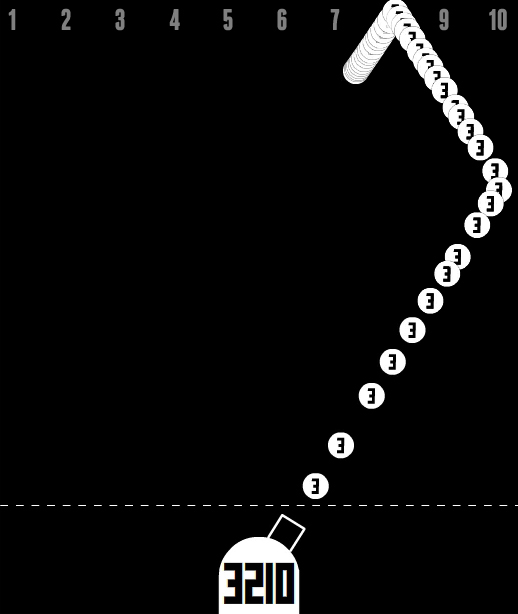 You can print out the previous picture and pass it around. Have students measure everything. Measuring things is a useful thing to do when you don’t know what to do.

Eventually reach the (useful) conclusion that in a frictionless system like this, the incoming angle equals the outgoing angle. 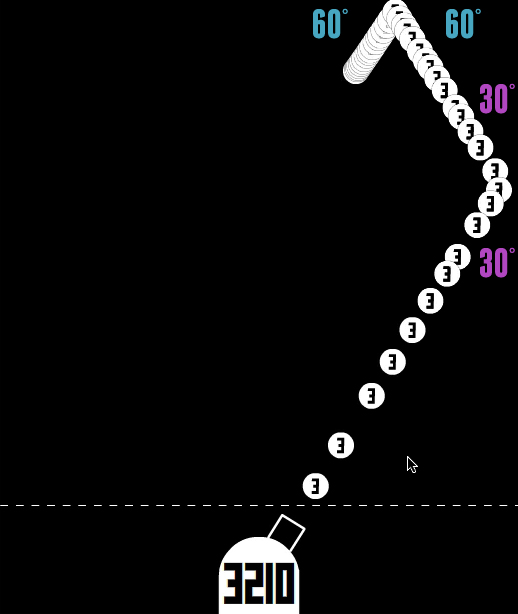 Screengrab a few more scenarios like #1 above and have them determine where the ball will end up. Ideally, you’ll have the answer videos queued up so that the question of correctness isn’t answered by the authority figure in the room, rather by the world itself.

Are scores higher or lower? Does an appreciation of the math undergirding the game even matter? Does it matter if it matters?

Gimme Friction beats out Taberinos and the usual miniature golf-style application of this concept because, eventually, you’re firing cannon balls off of curved surfaces, and then, without even really trying, you’re talking about tangent lines. 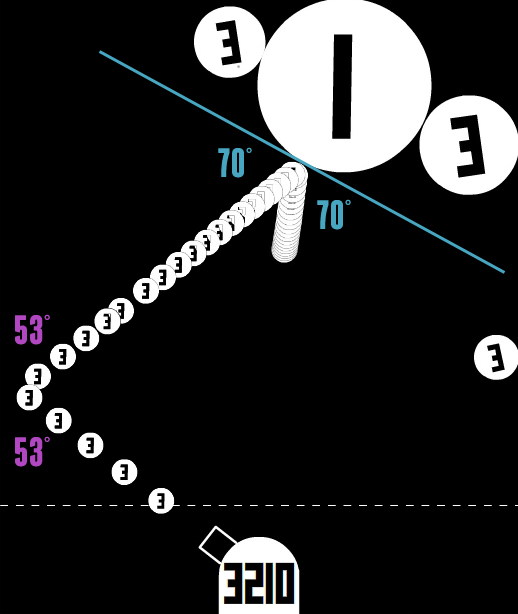 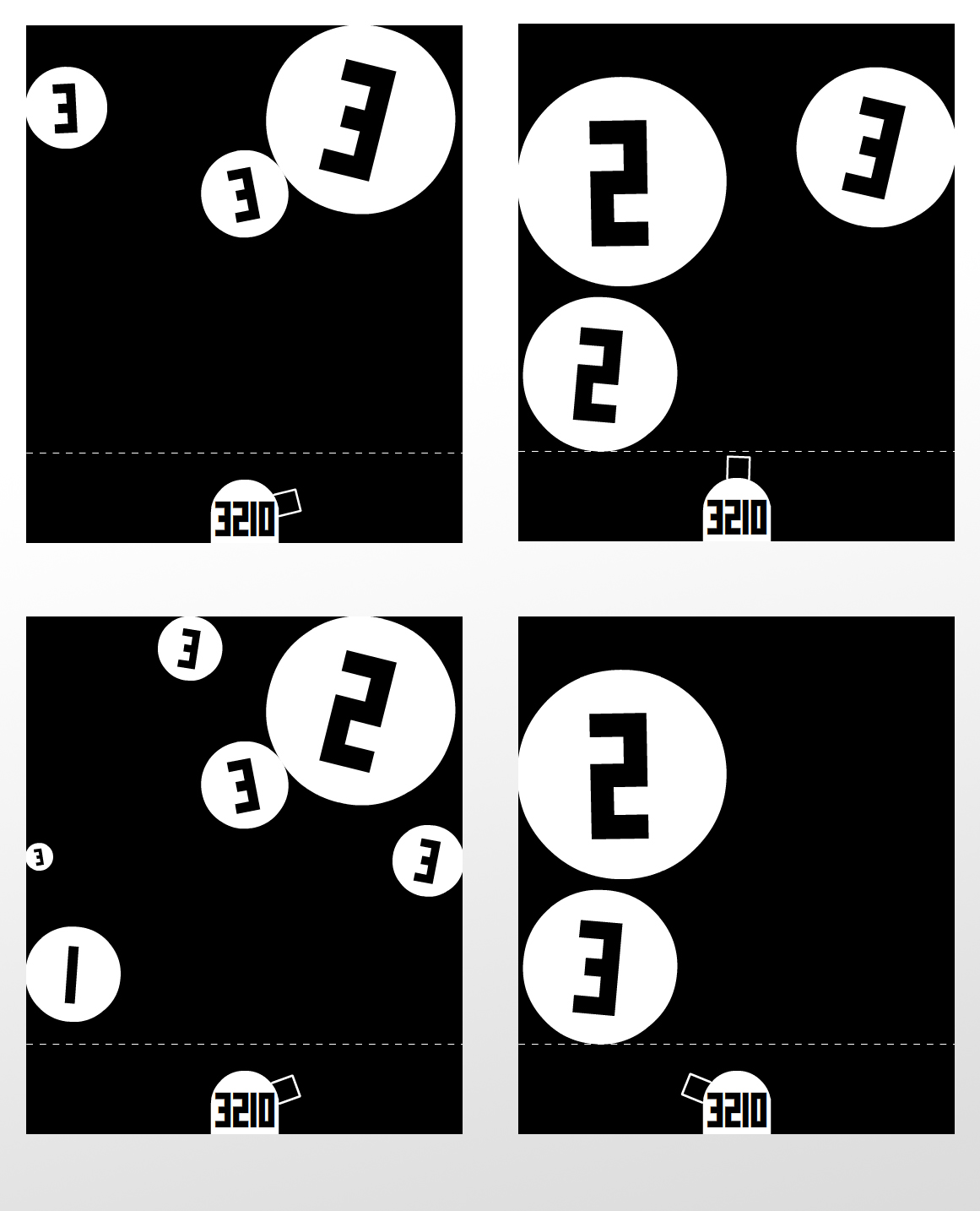 “Is it possible to hit all three targets?”

“What cannon angles are ‘safe’?”

Can you imagine the exceptional grasp of coordinate geometry, trigonometry, and vector math it took to program this game? We haven’t even gone into the way the cannon ball slides to a stop and then expands until it reaches a boundary.

So lay a coordinate grid over a screenshot. The only variable here is the angle of the cannon. If a student could develop an algorithm to describe the final position and size of the first shot fired for every angle from -90° to 90°, I’d assign her an A for the first semester of Trigonometry, no hesitation.

Is This What Lemov Means By “No Opt-Out?”   Shawn Cornally’s Unified Theory Of Math Education Research
Unless otherwise noted, everything you and I post here is licensed
for reuse under Creative Commons Attribution 4.0 International.