This is basically perfect, a single panel that goes 80% of the way to explain a) why your students roll their eyes when you assert the value of math, and b) the uncreative state of curriculum development in 2010. 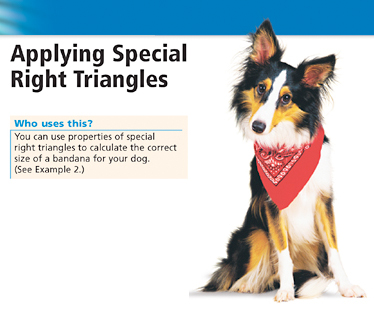 In the second hour of my St. Louis workshop last Saturday I assigned an application problem to each group and asked them to locate the problem’s “hook,” which is to say, the point of the problem. Invariably, we found the hook in the middle or at the end of the problem, buried beneath all kinds of exposition and set-up. This is something like pressing the gas for ten minutes and then turning the key in the ignition. 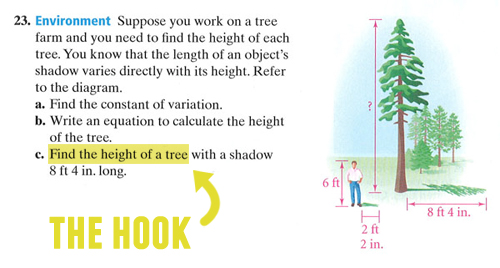 We also noticed that the publisher sometimes chose an unnatural hook for the problem. For instance: 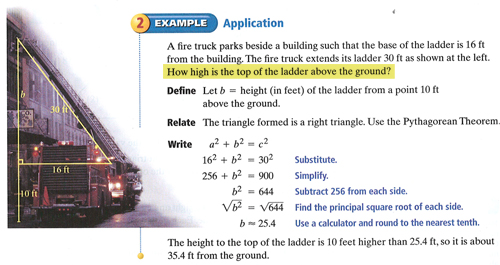 Let me put a situation to you: a high-rise is on fire. It is surrounded by marshy grass and shrubbery. Everyone has evacuated except for a man and his son who are waving and coughing from a window on the eighth floor. A firetruck speeds up to the building and parks as close as it can, some twenty feet away. The rescue ladder starts extending …

… and is anybody wondering anything besides “will the ladder reach?!”

That is the natural current of this evocative situation. The unnatural current is to ask, “how high is the top of the ladder above the ground?” or, to reduce the example to absurdity, “what is the circumference of the firetruck’s tires?”

This leads me to three recommendations:

DLB On Real-World Context   Just Checking
Unless otherwise noted, everything you and I post here is licensed
for reuse under Creative Commons Attribution 4.0 International.