This is winding down.

I’m mostly content with the two-part definition I set up two weeks ago. I’m also satisfied that pseudocontext is much less of a problem than real context that’s either a) poorly represented or b) poorly examined. Any final comments, questions, or challenges, get them on the record ASAP.

This winter I’m taking “The Design of Technologies for Casual Learning” with Shelley Goldman so I ran a quick survey of math apps for the iPhone and iPad. Scratch off all the drill and test-prep software and you have a lot of apps that are trying to make use of some kind of context. Do they represent pseudocontext or not? 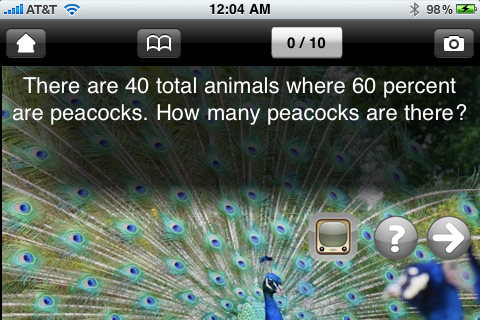 Could you swap out “peacocks” for, well, anything without changing the implications of the problem? It fails definition #2, “operations that have nothing to do with the given context.” See another example. 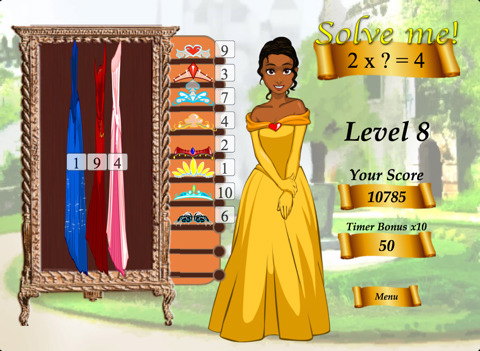 Fails definition #2 again. What does 2 x 2 have to do with a tiara? 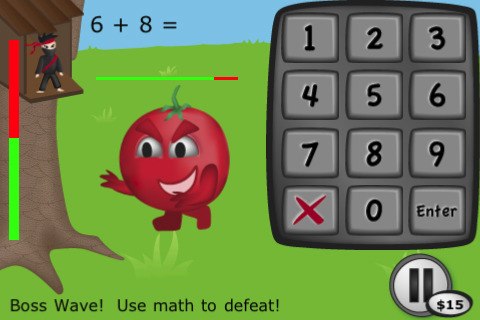 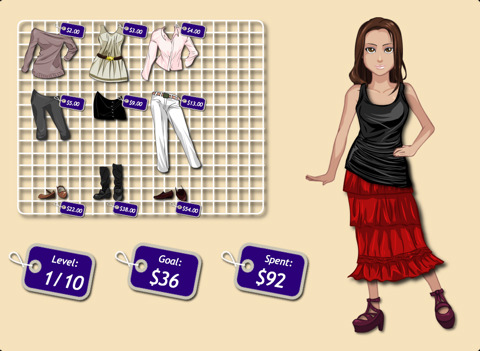 The operation, at last, matches the context. It fails definition #1, though, because there’s no way that pink blouse costs $4.00. Even I know that.

This app is a very good concept and it works well in practice. It’s multimedia approach to word problem drills is genius. Kids can learn about various animals while doing math. The videos provided are great as well. Give at least one of this company’s apps a try. I have bought two from them-my daughter loved them both.

Okay, so here we go. Students can find pseudocontext interesting. Students can find real context boring. Reasons for the latter include poor representation and poor examination. Reasons for the former include social and academic pressures, enthusiastic teachers, and idiosyncratic student tendencies from which it’s really unwise to generalize to “all students” or even “my students.”

The problem with pseudocontext isn’t the risk of boring the majority of your classroom. It’s the message that this is how the world works and this is how we apply math to it. Pseudocontext teaches students – even the students who tolerate or even like pseudocontext – a lesson that is very hard to unlearn.

Dissent Of The Day: Mike Manganello   [WCYDWT] Pure Performance
Unless otherwise noted, everything you and I post here is licensed
for reuse under Creative Commons Attribution 4.0 International.