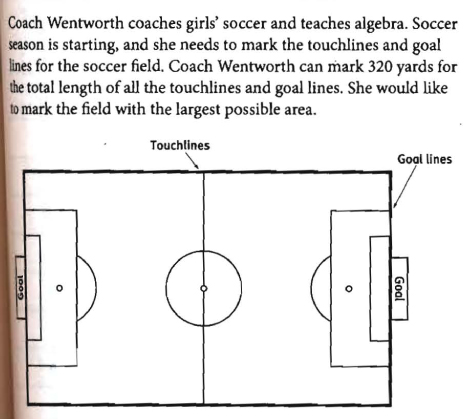 One thing there: according to FIFA’s Laws of the Game, the dimensions that satisfy the math problem – eighty yards by eighty yards – aren’t legal:

My Annual Report: 2010   Help Wanted: Road Curves
Unless otherwise noted, everything you and I post here is licensed
for reuse under Creative Commons Attribution 4.0 International.