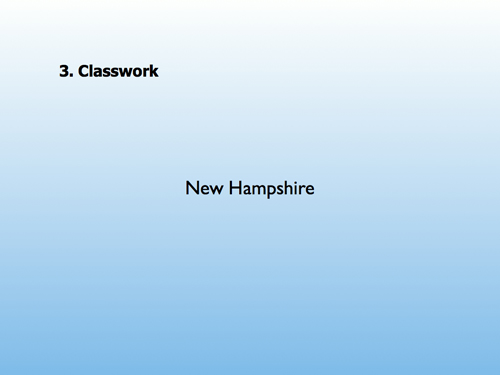 I asked them to pull out their notes and write down “New Hampshire.” They did. Then I told them to write down five more state names. 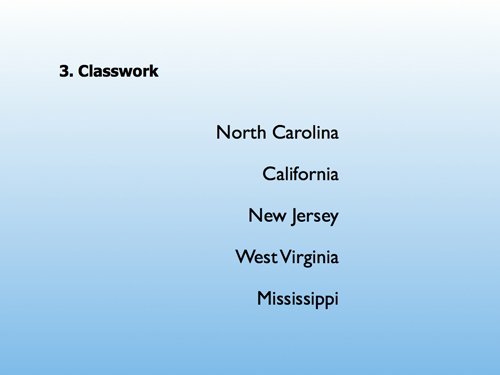 I should have ratched this up to fifteen but five was annoying enough for most. They grumbled and I gave them permission to abbreviate the names in whatever way made sense to them.

Most students balked at “Mississippi.” They abbreviated every state name but that one. “Too many states start with ‘MI,'” they said. We talked about how tricky it is to decide on a rule for abbreviating, how it can lead to confusion later.

You see where this is going, right? 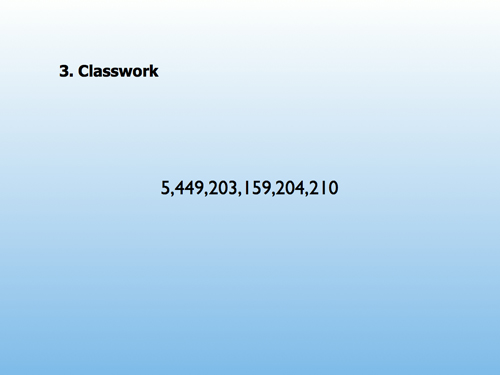 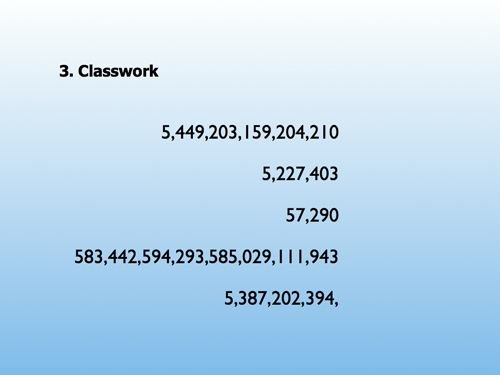 The next part happened quickly but required a lot of encouragement because students have been trained to treat numbers like so many sacred little statues. (“Do not touch the numbers! Do not feed the numbers!”) We asked ourselves, “which is the most important digit here?” After that, students started coming up with variations on the same theme:

From there it was a really quick shuffle step to 5.45 x 1015 through this slide here. 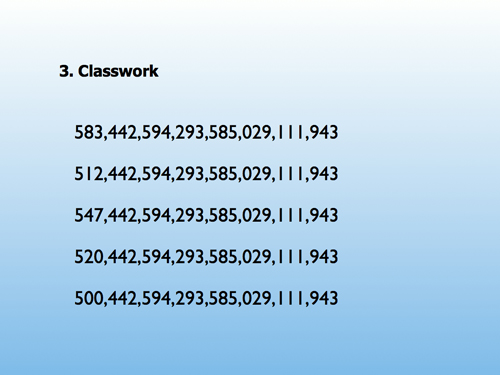 Too many of my students have decided that math is a weird irrelevant game with arbitrary rules that are known only to strange old people whose hands are stained by dry-erase marker. From my experience, nothing works quite as well to disabuse them of that impression than putting them in a place to accidentally invent that game themselves.

Hello, CNN.   Hello, TED.
Unless otherwise noted, everything you and I post here is licensed
for reuse under Creative Commons Attribution 4.0 International.