An e-mail from reader Kara Monroe:

I had a moment on the bike at the gym last night thinking of all the different questions student would naturally form just from looking at the display on a stationary bike.

I’m obliged to Kara and Alex for the inspiration here. A few remarks on Alex’s video to preface my redesign: 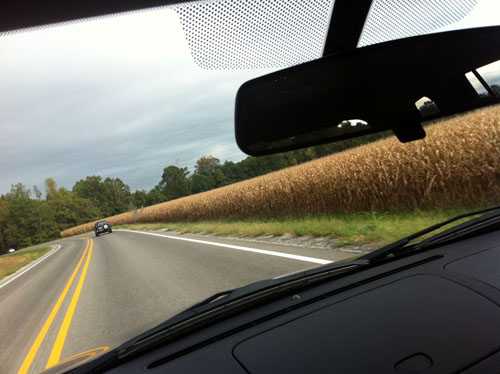 I take these speaking jobs for three reasons.

These groups of grownups are my classroom for the foreseeable future. It’d be a waste of a blog if I didn’t share what I learned last weekend.

“The best learning begins with a good worksheet.”

I wrote that. In all sincerity. On June 8, 2004. In an essay for my credentialing school entitled – of all things – “How Students Learn Math.”

This gobsmacked, gross-feeling moment is what I get for digitally cataloging every essay, handout, and lesson I have written since high school.

I am grateful, I suppose, that it only took me six years to go from “the best learning begins with a good worksheet” to the kind of instructional design that –Â for whatever good it does my students – has me excited to wake up in the morning, has me constantly double-checking my front pocket for a camera, has me excited to walk around and encounter math in my daily life. I’m grateful because I’m positive there exists another timeline, equally plausible to this one, where I’m still that enthusiastic about worksheets after six years, or ten years. Or an entire career. I hear that happens.

My first post at dy/dan was four years ago today.

I am extremely grateful to a lot of different folks who have patronized my work over those four years, folks like Chris Lehmann, who threw some shine on my assessment writing in my first week of blogging; folks like Kathy Sierra, Tim O’Reilly, Nat Torkington, and my other patrons at O’Reilly Media, but especially Nat, whose promotion on the Radar got my grocery line post moving, whose invitation onto the terrifying Ignite stage at OSCON 2009 got me introduced to Brian Fitzpatrick who helped me score a job at Google where I met Maggie Johnson who helped me get into Stanford. And a lot of other folks. Especially those who stuck around during those first two years when I was basically angry all the time. All six of you.

I’ll say this about the second kind – perhaps just as a reflection but perhaps also as a recommendation to those in the math edublogosphere who are working hard and picking up a lot of deserved press: use more readers as an excuse to fail faster, more often, and more productively.

The closer I track this blog to the theme “what I will do differently next time,” the more I draw readers who introduce me to new ideas, who offer me their time and energy to field-test my latest harebrained schemes, readers who have helped me pinball quickly from failure to success.

For the last four years.

There are worse forms of professional development than blogging.

To My Amigos North Of The Border:

I’m offering a day-long professional development session in Calgary [pdf] on 3/21/11 and Edmonton on 3/22/11. This will be my first trip to Canada. I have no idea how I’m going to get any sleep between now and March!

Perplexity: Coin of the Mathematics Classroom

Perplexity is invaluable currency in the mathematics classroom. Perplexity is the stuff of being perplexed. When students are perplexed, they aren’t asking “when will we use this in real life?” because they’re too busy chasing down answers to rich mathematical questions they came up with themselves. When curriculum is perplexing, the teacher doesn’t have to announce the day’s objective, because perplexity nudges yesterday’s concept naturally into today’s. In this hands-on workshop, we will discover methods for capturing perplexity, from YouTube videos, TV shows, and movies; for creating perplexity, using free and cheap technology; and for presenting perplexity, using pedagogy that draws in every learner, that knows when to give the student help and when to get out of the student’s way.

Sue Van Hattum will be leading a webinar tomorrow to counterbalance the one I facilitated a week ago. Sue is the lo-fi to my hi-fi. Sue’s thesis is that we can have the engagement and challenge of WCYDWT without the multimedia.

This is undoubtedly true. Consider Polya, who offered engaging, challenging problems without degrading himself by walking up a down escalator. “Into how many parts will five random planes divide space?” for instance, is challenging and engaging and offers points of entry to learners of all abilities.

So an open question: what’s the point of multimedia? If it’s just amusing – which is to say, engaging in the worst, most superficial way –Â I can do without it. My sense, though, is that the feature common to all of these problems …

… is that they “reveal their constraints quickly and clearly.” They’re Twitter-sized queries that unpack into full-bodied mathematical investigations.

Multimedia lets us reveal constraints quicker and more clearly, though that isn’t a given. Multimedia can have low information resolution. (I’m talking about your stock photography, your dogs in bandanas, etc.) But the information resolution on this single image of a ticket roll blows me away. When you put the quarter next to the roll for scale, the problem literally reveals its own constraints. The learner can gather any information she wants – circumferences, radii, diameters, ticket dimensions – without the teacher having to write or say anything. 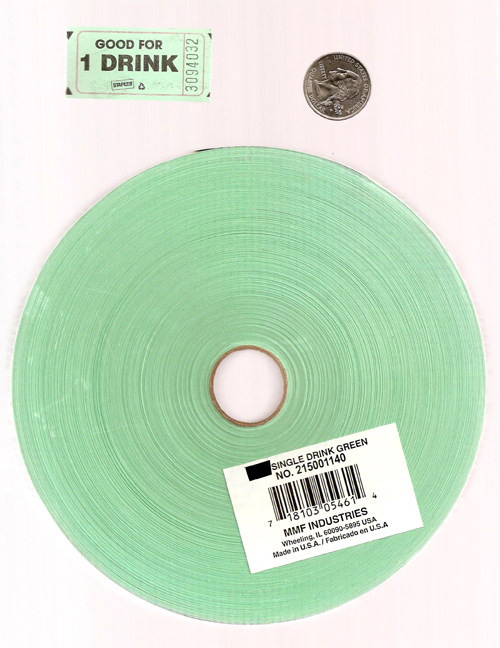 I suppose I’m trying to slip Sue a question in advance: how do I reveal the constraints of the same problem that quickly and clearly without the multimedia?