Will The Ball Hit The Can?

I pick up a huge static charge whenever six words, paired with the right a/v material, can motivate an hour of mathematical exploration. 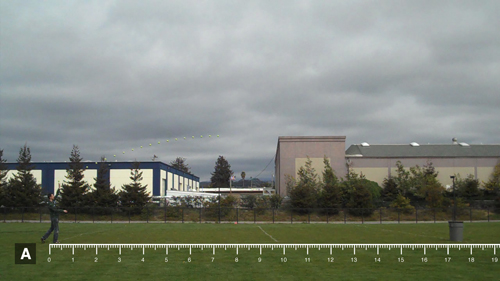 Here is the opposite of that static charge, a loud sucking sound as my brain deflates, the old way of doing real-world relevance: 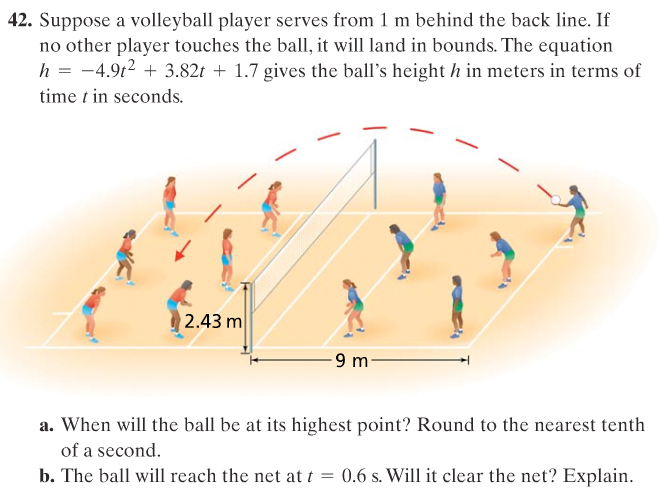 As a student, I’m like “cool, volleyball, volleyball’s fun” but the problem is already dumping questions and formulae and mathematical structure on top of me before I have ever once considered the reality that projectile motion follows a parabola.

You have to earn that.

So I shot four of these images [partial, full] –Â one that ultimately went long, one that went short, one that went in, and one that looked like it went in, but really veered to the side, provoking a discussion of errors in 3D projections onto a 2D plane.

I shot ’em plain. Nothing fancy, plenty of room along the edges, no soundtrack, no narration, nothing overtly helpful. I set them up so I could ask the students a clear, visceral question: “Will the ball hit the can?”

Because this is a question which everyone wants to answer, regardless of mathematical ability. Everyone has an opinion. Everyone gets invested. It’s also a question that has a visual answer, one which we can compare against their predictions. So the first thing I had the students do after they paired up in front of laptops was divide a piece of paper into quarters and make a bet on each throw. I gave them the digital files, next, on top of which they modeled parabolas in Geogebra, revising their guesses afterward.

Then we played the answer videos and called it a pretty good day.

Perhaps now that they’re really, really invested into the idea that projectile motion follows a parabola, now that they’re comfortable with Geogebra, we’ll take Geogebra away. We’ll change the constraints now, superimposing a grid or a protractor, deriving the parametrized equations, but I just want to impress upon you, if nothing else, that this is a very deliberate, very sacred (to me) process, a process which most textbooks desecrate whenever possible.

If one of my students could successfully answer that scanned textbook problem above, but hadn’t on her own wondered, “What if we knew the equations of the parabola, what then?” I really don’t know how accomplished I’d feel.

What Won’t Work: FlickrCC   What Can You Do With This: Projectile Motion
Unless otherwise noted, everything you and I post here is licensed
for reuse under Creative Commons Attribution 4.0 International.