What Is Thirty Minutes Worth?

These two photos go a long way to summarize the transformation of Dan Meyer circa 2003 into Dan Meyer circa 2009. I lifted the first one off an advertising kiosk in the Minneapolis-St. Paul airport in June and used it last week in a discussion of similar figures. 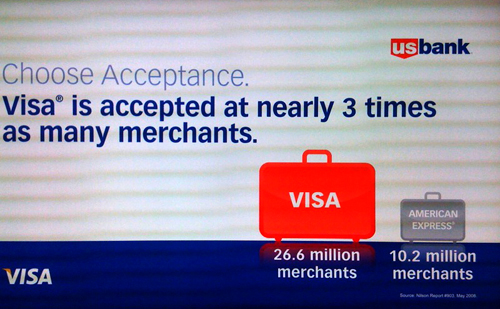 The second photo shows what $17.00 and thirty minutes will buy in Abbot’s Thrift Store where, last week, I walked around agog at all the interesting glassware and rolled them around on the floor whenever the clerk wasn’t looking. 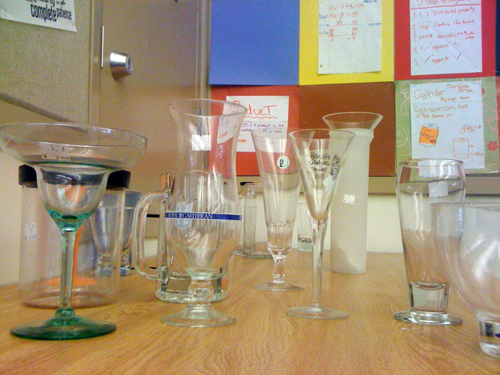 In 2003, I would have counted that half hour as a regrettable casualty of a demanding job, but I realize now that the calculus is much trickier than that. I realize now that the return on that investment of thirty minutes of my personal time isn’t the promise of more personal time later. (ie. “I’ll get to reuse this next year.”) Rather it’s the promise of easier and more satisfying work time now.

The question I suppose I’d put to my younger, narrower self is: how much personal time would you give up every day if it meant that your students would be, on average, excited to come to your class? Would you give up thirty minutes every day if it meant that driving home that afternoon you’d feel flush with connection to other people and assured of the relevance of your work to the world your students see in thrift stores and airport concourses? I think my younger self would go for that. Especially when the alternative, driving home, was this sort of sterile sense of basic competence and the freedom to do whatever completely forgettable things I did with all that free time back then.

The magic isn’t in keeping work and play as far away from one another as possible. If I can get to that understanding with someone, if I can convince a new teacher of that, then we can talk about the best investments for those off-contract hours. But until we get to that point, it’s all seating charts and pyramids of intervention and my heart just isn’t in it.

What Can You Do With This: Club Soda   How Do I Expedite This Process?
Unless otherwise noted, everything you and I post here is licensed
for reuse under Creative Commons Attribution 4.0 International.