What I Would Do With This: Pocket Change

[following up from here]

Appeal To Their Intuition 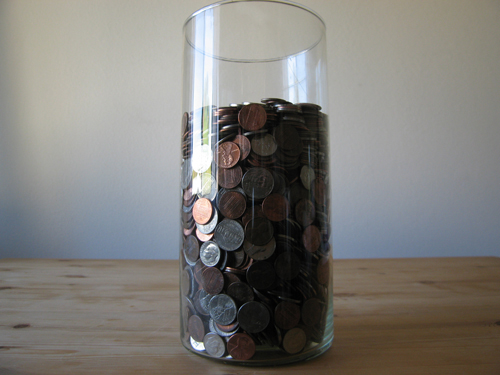 “How much cash is this?” Take guesses. The student risks nothing with a guess but that investment pays off huge for the teacher over the life of the exercise because the student wants to know who guessed the closest. 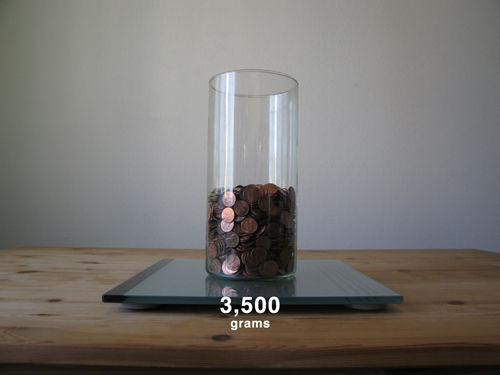 Again, ask “how much cash?” but also ask “how heavy?” Show them the weight. (I zeroed out the jar from every weight measurement you’ll see here. Don’t worry about it.) Spitball some ideas for determining the value of those coins. You’re trying to motivate the idea that the weight of the coins ties directly to how much the coins are worth. Pull up the relevant Treasury website. 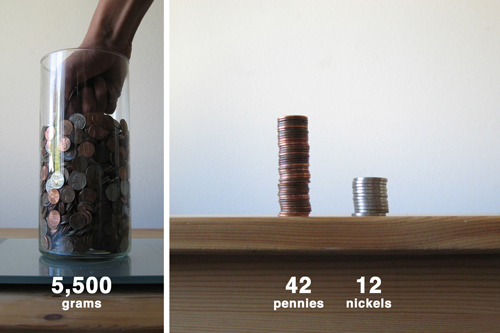 Then mix in some nickels. Scoop out a small sample. Play with that. Set up a proportion between value and weight. 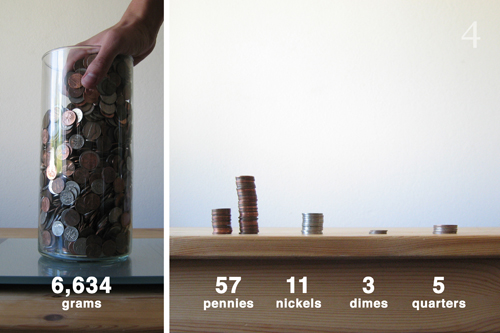 Now you have pennies, dimes, nickels, and quarters. I took nine sample scoops, everything from small to big. 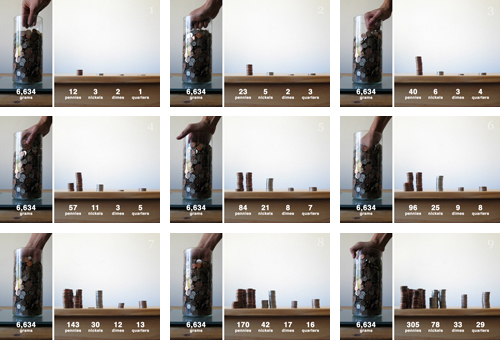 I formatted these at 4×6 so I could print them out at our local one-hour shop for a few bucks and put one in front of every student. 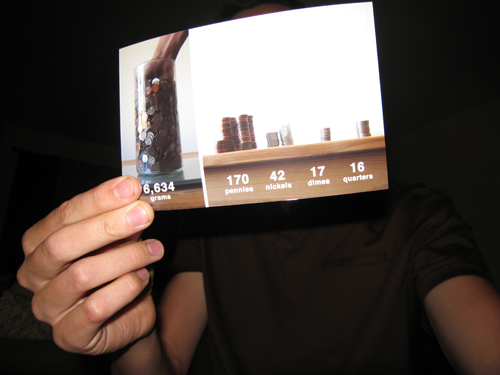 Some will finish quickly. You tell them you have a jar of coins that weighs 5,500 grams. You reach in and pull out 14 nickels. How much is the jar of coins worth?

They’ll run these calculations and come up with an estimate of $55. You tell them it was really $34, which is huge error. Ask for sources of error. Then toss this up and talk about it. 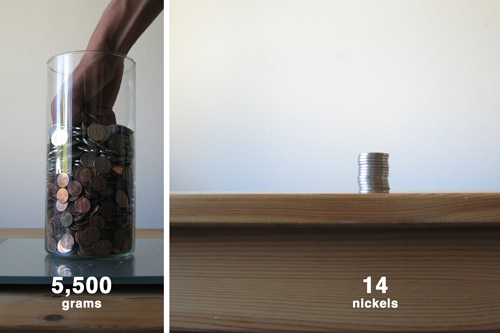 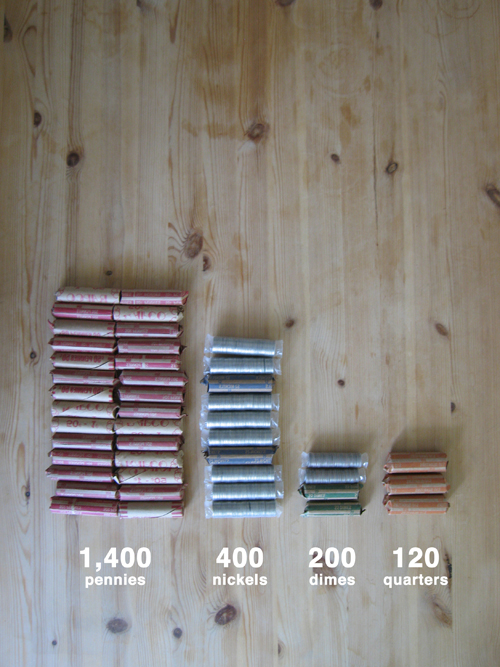 It’s essential to give some kind of visual confirmation of the answer, both so we can give credit to good initial guesses and so we can talk about sources of error. (ie. “who was off by the most? did sample size matter at all?”)

Ad Check   What Can You Do With This: Pocket Change
Unless otherwise noted, everything you and I post here is licensed
for reuse under Creative Commons Attribution 4.0 International.