[The next two posts discuss some of my technical notes from two video projects I completed this summer – one professional, one personal. If these are too far off the beaten path for your tastes, please check back in next week.]

My first video project this summer was a montage celebrating the fortieth anniversary of a local camp. This was complicated. No video existed from the 1970s. I thought, initially, to interweave older photos and newer video but, instead, went strictly with photography.

This was also challenging. There is only so much you can do with still photos. You can cross fade them. You can apply filters. You can edit them to music. You can go the Animoto route. You can go the Ken Burns route. But those techniques do very little to enrich the content. Ken Burns enriches his photos, for instance, with research, narration, and editing. Without those, the motion across the screen would grow tiresome.

I took a familiar path. Several years ago I posted a photo montage that exists somewhere between 2D and 3D. The technique is straightforward.

You take as many photos of the scene as you need plates (or layers). You keep your camera in manual mode so that when you move subjects out of the way (to get an unobstructed shot of the background) the aperture doesn’t change.

In this case, I wanted a layer for each of the brothers and the background. You use the pen tool in Photoshop to cut out each plate from the background and then import the composited file (with three total layers, in this case) into Adobe AfterEffects where you tell your computer, this layer is closer to the camera, this one is farther away, here’s how to move the 3D camera around the scene. Once you outline your scenes, it’s only a question of how much free time you have for the digital carving.

This project was different. I couldn’t go back in time to shoot the two brothers separate from each other and from the background. I spent four hours scanning slides from the 1970s. After I masked the subject from the photo there was … nothing. Just white space. I had to guess at and then recreate the background. 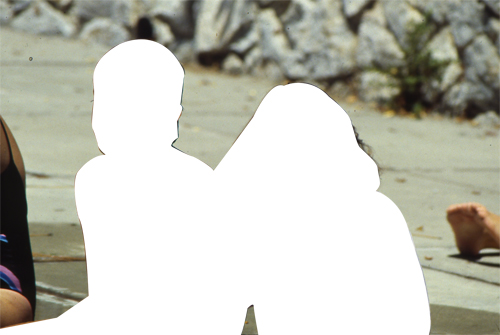 So I got cozy with the clone tool, which is exceptionally easy to use poorly. As often as I could, I set myself up with subjects standing in front of solid colors or simple textures, which are easy to clone.

These two were especially difficult. The sandy ridge behind the campers is almost entirely fake. If you look closely at the pool photo, you’ll notice I had to clone an onlooker’s entire face. 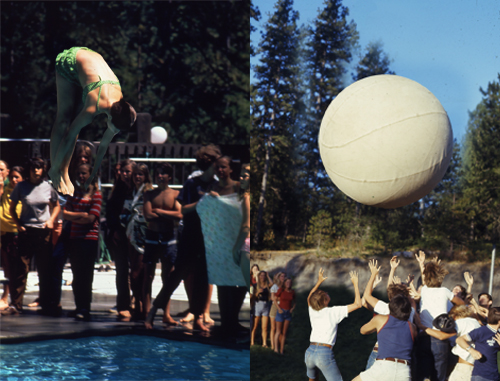 I thought sand would be easier to clone but the light fell across it unevenly and had me pulling out tufts of hair trying to compensate. Stay away from sand. 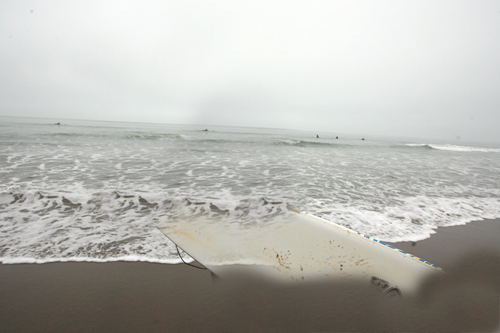 It’s difficult to stretch a single technique across an entire film. It gets tired. So I waited to deploy that one until the bridge of the audio track kicked in. Beforehand and afterwards, I went for a ghostly, melancholy vibe with subjects drawn into the campground at the start and then drawn out at the end. 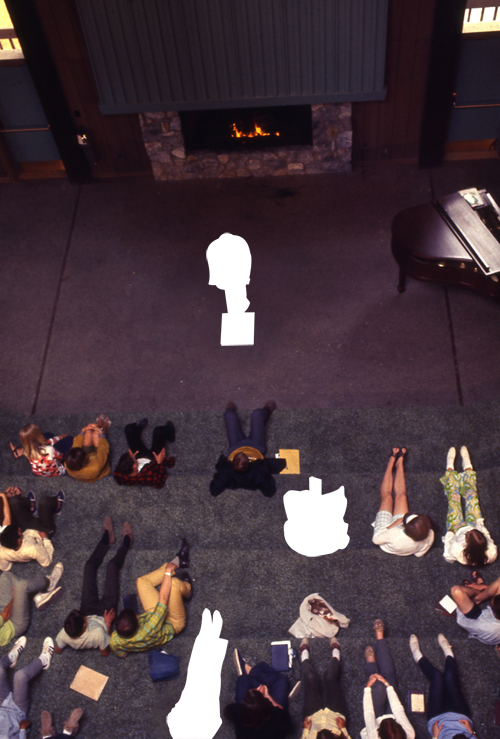 Which, again, required a lot of digital carving.

Summer Cinema #2: Paperclip Challenge   Check For Understanding
Unless otherwise noted, everything you and I post here is licensed
for reuse under Creative Commons Attribution 4.0 International.