On the first night of Foo Camp, 250 attendees introduced themselves by name, affiliation, and three hashtags, and then descended on a gridded wall-tall conference schedule, scribbling down session titles, selecting venues, folding similar sessions into one another, scheduling roundtable discussions with people they had only met thirty minutes earlier over food. 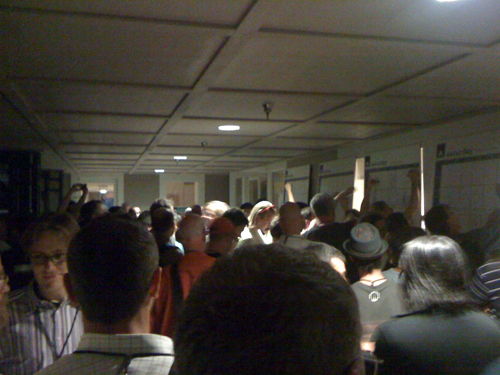 The crowd was thick so I commandeered a Segway and steered it full-bore into the scrum, scattering people long enough to slide a session onto the closing day’s schedule: The Programming Principle That Will Save Math Education. 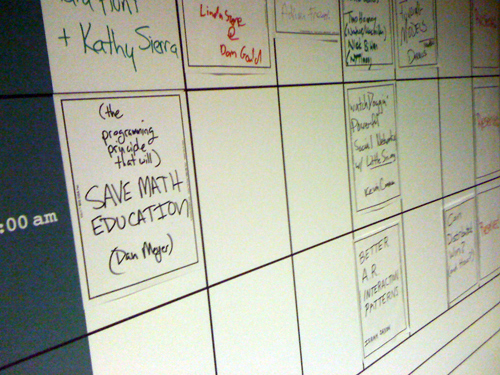 That’s three opportunities in three months (counting the webinar I’m conducting in October) that my patrons at O’Reilly have given me to throw a half-baked idea casserole at a bunch of really, really smart people and walk away with something quite a bit tastier.

The debate at an earlier session on the future of education was idealistic and high-minded with participants from all sectors trying to reach consensus (in sixty minutes) on merit pay, standardized testing, class size, unschooling, home schooling, charter schooling, public schooling, and probably several other intractable issues I’m now forgetting. I tried to approach my session, then, from two more assailable angles:

The outcomes of merit pay and standardized testing will be decided in protracted, gruesome battles between various unions, legislators, and chancellors. The challenge of sharing good math curriculum, however, is one that the people attending my session – an intimidating array of talent, knowledge, and funding – could solve over lunch.

O’Reilly gave a blank notebook to the weekend’s participants. Not lined. Not quad-ruled. Blank. We talked about how you’d only give out lined or quad-ruled paper if you were sure the average attendee wouldn’t want to doodle. 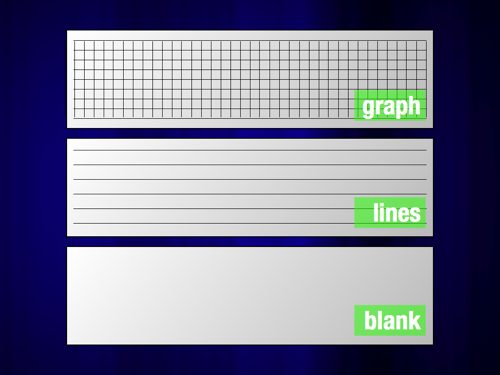 I showed the participants how the Muji chronotebook shuns calendars and hour-blocks, opting instead for the least constrained approach to scheduling possible, a small clock in the middle of the page. This is the rule of least power, the programming principle that can save math education. 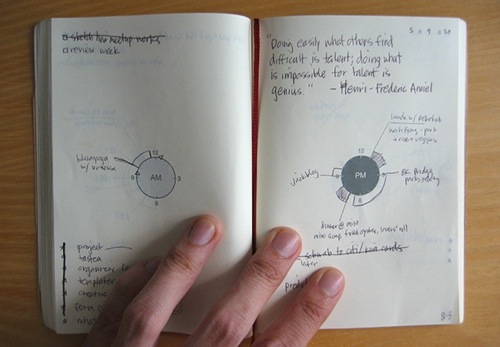 I won’t waste space here recapping my session notes. I drew heavily from these six posts:

But I realized this: I flog WCYDWT media from whatever forum I’m offered not because I think WCYDWT media is the evolutionary pinnacle of math instruction. I do think WCYDWT is leagues better than the curricular norm, particularly compared to the kind of curriculum offered by the largest textbook publishers. More crucially, though, WCYDWT is the best model I know for classroom math instruction that can also leverage Internet distribution. I can use global publishing tools to infect other math teachers with these videos and photos. I can’t do the same thing with netbooks. I can’t do the same thing with physical manipulatives. I don’t know a better model of math instruction that I can also aerosolize so easily.

Too Hot For USC   Ask For The Bulk Discount
Unless otherwise noted, everything you and I post here is licensed
for reuse under Creative Commons Attribution 4.0 International.