Two edubloggers, Damian Bariexca and Ben Wildeboer, posted classroom presentations within minutes of each other, both having updated them for student engagement and visual prettiness.

Their “after” slidedecks are image-heavy and information-light. They’re simply projecting images – no effects, no animation, no bullets – and, though we can debate the appropriateness of the images and the value they add to the lecture, no longer are Bariexca or Wildeboer trying to corral their entire talk within a 640×480 screen, which is death.

But I pity these boys. I can predict their descent into madness ’cause I’m living it daily.

Then they’ll start noticing extensions to their classroom content in the world around them and start snapping their own photos, creating their own Venn diagrams, building hyper-relevant discussions around those images.

Then these parasites will move to moving pictures, downloading clips from YouTube, from TV shows, building discussions around video.

Then, when they start bumping against that ceiling, they’ll make video content themselves and, from there, they’re properly screwed.

But why use images at all?

To some extent, their images merely season lectures which already tasted fine. Now that they’ve pushed past bullet points, it’s time for them find images which entertain and engage.

Though I haven’t found the end of this rabbit-hole, I know I wouldn’t be half the teacher without this ability to put any image I want in front of my students. 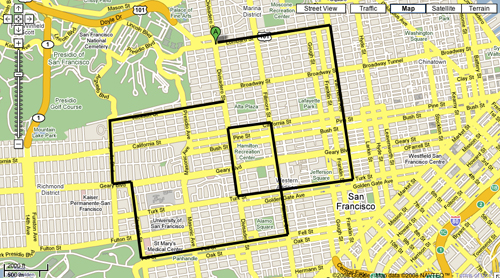 A student came in late and I caught him up by shuffling back through the slidedeck, getting him started, all with a wireless remote, all from his desk.

Afterwards I asked myself, how did this happen before?, and I couldn’t say.

A Debt Owed To Pavlov   What Correlates?
Unless otherwise noted, everything you and I post here is licensed
for reuse under Creative Commons Attribution 4.0 International.