PowerPoint: Do No Harm 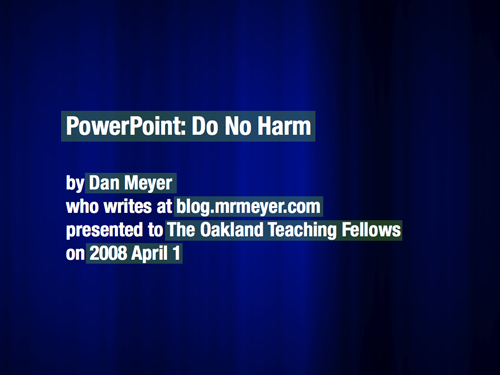 In other words, PowerPoint is rarely value-neutral. Let’s make it great.

The Two Best Articles On The Achievement Gap You’ll Read This Weekend. And The Worst.   The Hardest Thing Lately
Unless otherwise noted, everything you and I post here is licensed
for reuse under Creative Commons Attribution 4.0 International.