On Math And Breaking A Guinness World Record

a/k/a Because It Was There 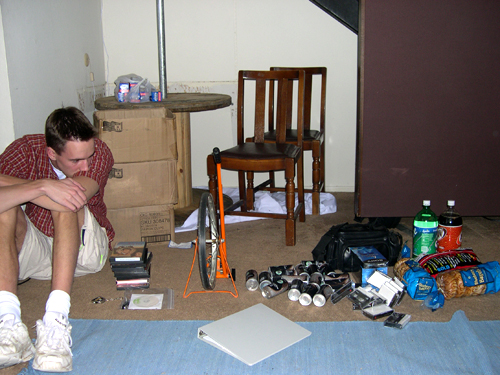 This is my best case for math education.

Not that, “hey kids! if you learn your fractions you, too, can accomplish something of very questionable value, like chaining paperclips together for 24 continuous hours.”

If you are innumerate, your best response here is “that’s a lotta paperclips.” Which is how most of my students responded to this prompt the last week of school. But if you are numerate at even a basic level, you have only one option here.

You have to answer the question: how fast is that?

The question is irresistible.

Jeanine set the record with 3.9 seconds per clip!

The numerate math student realizes that the record is really, really slow. If he is also a little socially disordered, his next steps are predetermined.

He has to break it. 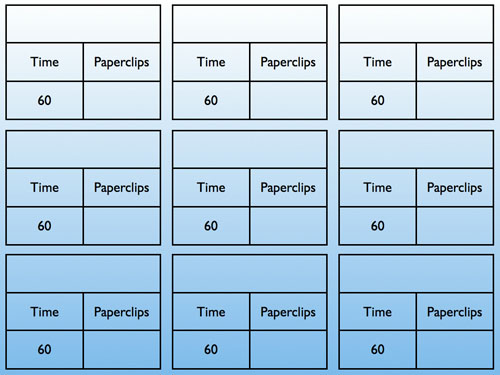 Stretch This A Little Farther

Suggest that Alyssa is faster than Kyle by .1 second per paperclip. She has trained just a little more and can chain ’em just a little faster. Ask if it matters.

It surprises no one that, yeah, any small gain positively explodes over 24 hours, but the exact increase is kind of shocking.

Now wrap your head around the relevance of rates to your life. If your boyfriend drags your self-esteem down by tiny increments daily, you’re going to stagger away from him after a year.

It’s essential to know when to get out of a good story, joke, or learning moment. There was more to talk about but we didn’t, choosing instead to leave a few ends hanging.

One of those ends was a spreadsheet I cooked up for the occasion using formulas my students all know from our Feltron days.

My former-housemate-now-commenter Steve would enter in a) my clip count and b) the current time, and my Excel sheet would tell me: 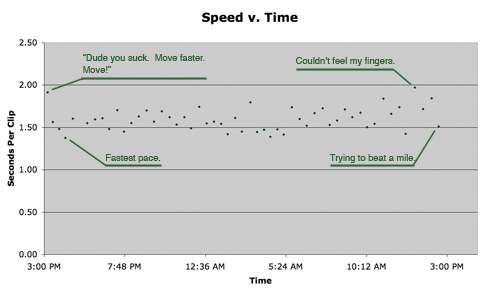 What I’m saying is that basic numeracy makes everything a little less confusing and, at the same time, a whole lot more curious.

Which is why I teach.

dy/av : 008 : preview   The Best Article I Read On My Honeymoon
Unless otherwise noted, everything you and I post here is licensed
for reuse under Creative Commons Attribution 4.0 International.