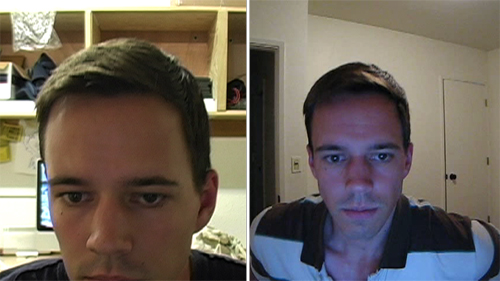 The question comes up once per episode: what tools do you use?

I should have compiled a colophon or an FAQ long ago. Tomorrow I’ll take you behind the spikey-topped gates of dy/av studios, but the tour won’t cover many technical specs so I’ll use this space for the colophon:

Software. Final Cut Pro, the basic sequencer. Adobe Photoshop & After Effects, the one-two punch responsible for anything especially interesting (cf. that bridge shot in the second episode; all of episode seven).

The ultimate end of your classroom structures should be invisibility. eg. The best classroom management is unnoticeable. The best classroom lesson plan camouflages the planning while pushing the learning to the foreground. The extreme opposite of this is the teacher who creates a new seating chart every day.

dy/av : 008 : behind the scenes   On Math And Breaking A Guinness World Record
Unless otherwise noted, everything you and I post here is licensed
for reuse under Creative Commons Attribution 4.0 International.