Content, Life & Everything: a Did You Know for the AdSense crowd. ¶ For instance, a sassy disembodied mouth talks to advertisers about a Google-matic future: “I may not be such an easy touch but don’t worry. I’m still human … and quite frankly i want what I always want. And it’s not just me. We. You know, your customers. We all still love being entertained, inspired, and informed. We still love great stuff.” ¶ Passed along for those who thrill to this kind of stuff.

I gave myself too much credit for innovation with that DVD sub plan. Some of y’all have been pulling that rabbit out of your hat going on years now. Respect for that but here’s my question:

Why aren’t we sharing?

Why didn’t I read about it? I’ve been issuing lousy sub plans for three years, three years which could’ve been cooler if someone I read had made that part of his or her practice public.

One of the most shocking blog entries I read this week was Miss Profe’s Tic Tac Toe: Foreign Language Style. There was nothing obviously earthshaking about it but still I sat there with spoon frozen halfway between bowl and mouth, realizing how rarely people Around Here share lessons and activities.

Time is always a good scapegoat. These things take too much time sometimes. I wonder also, though, if we don’t post more resources because those posts are some of the least sensational. They generate the fewest comments. They don’t fit into the standard post templates of a) anecdote (“my day sucked today, here’s why”) or b) manifesto (“my school district disabled the right-click today, here’s why that sucks for education”).

Lesson plan posts lack any call to action, which seems like a waste in a blogosphere where every third blog post is a call to action.

I know you’re holding. Give it up.

If you’re a reader …

One of these days, as a blogosphere, we’ll get resource sharing right and this job is gonna get a lot easier and a lot more satisfying for a lot of people. Until then, as connected as this place seems, we’ll struggle alone. 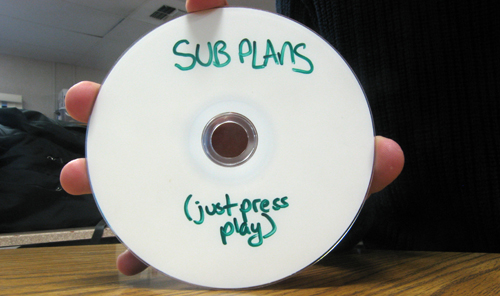 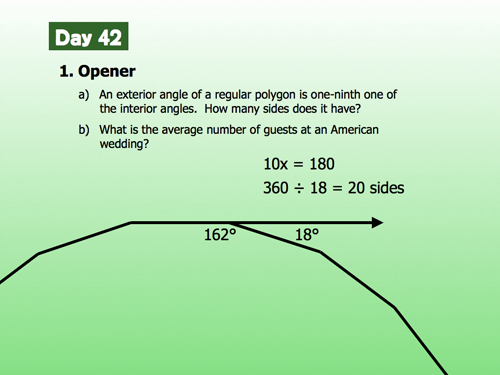 Linda links over with her own “Careful Now” admonishment, probably best expressed by this poster, which she recommends her readership paste above its school copiers.

She describes, but doesn’t elaborate on, a set of decent handouts she made in her early career, which she recently discarded. However, it isn’t hard to infer from these bullets …

… that she finds worksheets unchallenging and unrepresentative of the skills kids need in the 21st century.

Let me say, first, that I think there is a decent heart here, something that may rightly rattle those teachers who content themselves cranking out worksheet after worksheet, passing them out after a rote opener, and then receiving questions at their desks.

Unsurprisingly, Linda teaches (or at least taught) English, which lends itself so well to a substituted set of 21st-century activities (eg. instead of printing an essay out in hard copy, blog it and let your classmates comment; instead of taking hard copy notes on Chuacer’s Canterbury characters, set up wiki pages for each) that she’s developed a familiar myopia.

I mean, it’s gotta be that easy for other subjects, right?

But no. Set aside for a moment the hair-pulling difficulty of entering equations and math notation into a blog interface. Math is skill-based in a way that few subjects are. And skills demand practice.

Aside from that: worksheets are only a medium, empty pieces of paper, and anyone advocating that we chuck an entire medium in the name of progress would do well to justify it.

Once we exit that dim thought-corridor, the good times roll, and we can investigate the issue which deserves investigation: what we put on the worksheets.

Today’s worksheet is worth posting. We’re learning entirely new skills. By the end of today’s class, students will go from outright befuddlement at this …

… to a tentative ability to solve beasts like these.

We did it with four carefully selected problems, problems which I delivered on a worksheet, each problem eliminating units of mental scaffolding so precisely that most of my desk-help topped out at the question, “How is this problem different from the last one?”

My ongoing question for the 21st-century crowd is:

I saw this in a pile of forgotten masters while walking by the copier. It was love. Check out the clear hierarchy. The single, legible font. The single style for emphasis. Margins tightly aligned. The second lines indenting just as they should. Spacing is evenly distributed. The kids know exactly where to look, where to go for their next question, and where to find important information.

I stood there, the clear design drawing me in, the world slowing to a crawl behind me. I took it, scanned it, and decided that, look, unless you know how to translate all these techniques from the handwritten page to the printed page, stand by your handwriting.

Computers make light work of worksheets for teachers, but whether they’re any good for students depends entirely on the skill of the designer.