I sat through three or four PowerPoint sessions, several hours to ponder a) under what circumstances should one person address a large, captive, immobile, and mostly mute audience and b) how to do it well, if one is so called.

Half a legal pad later and I’ve got kind of a detailed post to share with you all this week (one which probably deserves some criticism). Before I drop it, though, I’ve gotta set up this one concept which I’ve termed “multimedia dissonance,” a name which feels appropriate only ’cause I haven’t seen it explicitly defined elsewhere.

It’s what happens when you’re in front of an audience reading (or reciting) any amount of text that exists in the same presentation in another medium.

Like when you’re reading the same text that PowerPoint’s projecting over your shoulder.

This isn’t about aesthetics or bullet points. It doesn’t matter if the text is laid out nicely and poorly. This is about information trying to find an avenue towards your audience’s collective brain while multimedia dissonance overturns cars and sets bridges on fire along the way. 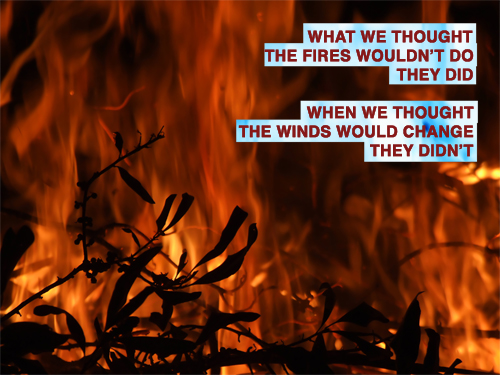 Both Together Is Multimedia Dissonance

Go ahead and play the audio while reading the slide. If you’re like me, like the cases John Sweller researched, you immediately notice the dissonance between the two, the slight instances where audio and text diverge. The added “finally” where none exists in the text. The extra “… and in a big way ….”

It’s a lot like that old psychological chestnut. Read the following line aloud:

And then read this line aloud:

That’s dissonance. It won’t sink a presentation. I reckon you lagged by only fractions of a second on that second line.

But compound those fractions of seconds across sixty slides across everyone in your audience and all of the sudden you’re the reason why people get this dry taste in their mouths when they hear the word “PowerPoint.”

Play the audio while looking at this visual and you’ve got “multimedia assonance” (I’ll spare you the definition). 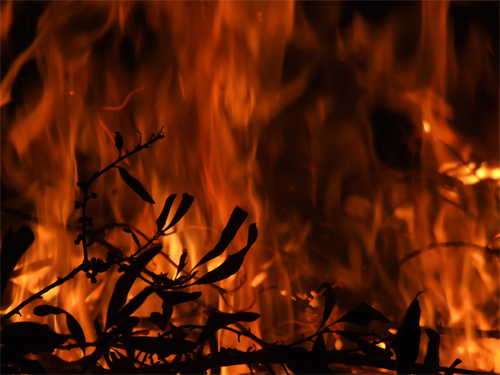 The sum of the two is greater than its parts.

[Update: Chris Craft says I’m staking out territory that’s long been claimed. The term is “cognitive overload,” and it means it’s time for me to renew my library card and grab some books.]

Show and Tell: Assorted   Stephen Fry On Lesson Design
Unless otherwise noted, everything you and I post here is licensed
for reuse under Creative Commons Attribution 4.0 International.